Not Beading or Knitting or Sewing or Painting, Not Even Slightly

I live in a house that was built in the Fifties and has not had much in the way of updating done to the bathrooms. The second bathroom is OK, but my bathroom has essentially no drywall (it's dissolved away from leaks), the tile is nasty and soft, there's black mold and the wall is bubbling under the shower head, so even though I'm not doing a full renovation, it's pretty extensive. 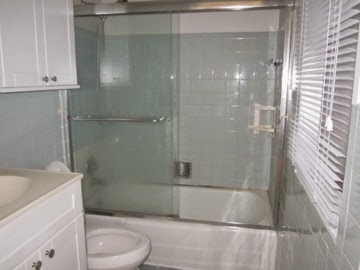 The tub was supporting the floor because the subfloor is pretty much only splinters and spit, so the floor has to be ripped out and up and away (the contractor had planned to tile over it).

When they removed the tiles, um wall, behind the sink, the pipe between the sink and my stack FELL OFF. Just as well it was almost completely clogged (I would flush it with boiling water once a week to get my sink to empty) because the pipe also had a great big hole on the underside which would otherwise have been leaking invisibly into the wall. 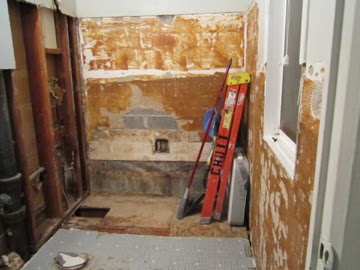 Day Two. The floor has been ripped up, and the wood underneath it was even worse that the part underneath the tub. 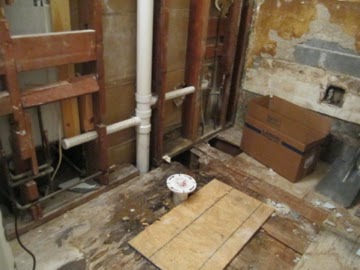 And I have a brand spanking new stack. 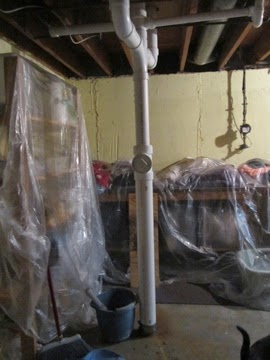 The cats are not loving this.

Day Three. One day behind so far. Inspections for the new stack and more plumbing with shiny copper pipes and more PVC, and we know how I feel about PVC. 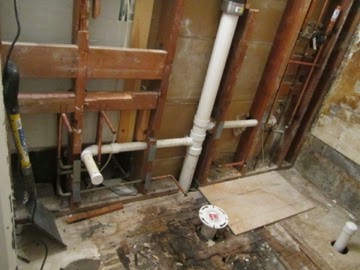 So I stretched the truth: in fact I made another paper ball for the repainted room and strung it with beads and crystals from the other hook in the ceiling. 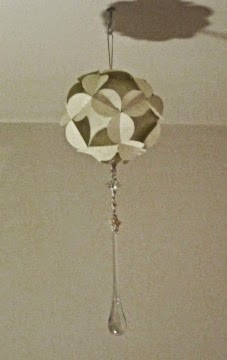 I'm starting to feel a little anxious about not having Made Enough Things for too long (the paper and bead hangy thingy just doesn't quite count).
Posted by Charlene at 12/03/2014 07:31:00 PM

Sorry about the con$$$truction, but yay for not falling through into the basement when you're naked. :-)