Let Me Summarize (Some Drama)

This is what's been keeping me busy since Craft Camp (I can't believe I've been absent that long). Time-wise it's mostly Bead & Button preparation.

I'm teaching six classes, none of which was cancelled (I've had a class cancelled here and there along the way). I've taught of them before, so the instructions were already written but there are always colour-ways to be devised and stitched and I know how when I overthink colour combinations it's not as good as when I just grab beads semi-randomly and if I could overcome that when planning kits it would really save me a lot of time and frustration but there you go.

So in short (actually not that short) I've been:

Making samples for Bead & Button. (Not so dramatic).

I went to LA to visit my kids and we ate a lot of really good food. (Not even slightly dramatic except for the lines at LAX which I thankfully skipped because TSA Pre yay).

Bead & Button preparations. (Starting to panic. Is this drama?)

Immediately upon my return my drains backed up (raw sewage, to be quite clear) into my basement. The carpets were ripped up, drywall was cut away and it's all in the process of being repaired. (Very Big Drama at the time).

My studio is in my basement. The area where I keep my beading stuff and work on classes and kits and samples.

It's sort of all over my dining room right now.

With less than a week to go I'm in full-on panic mode. I mean, it's sort of justified for a number of reasons; in a word: time. 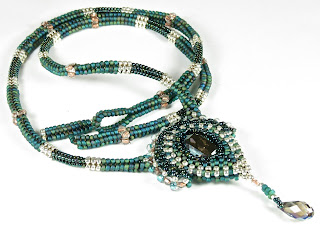 These two (above and below) are two of my colour-ways for Lacrima. 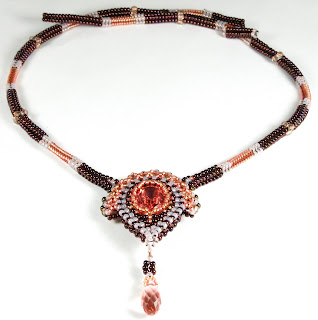 Two more samples for Chou-Fleur which as usual look way better in person than I can capture in a picture, especially the one on the left: it's very murky, just my jam 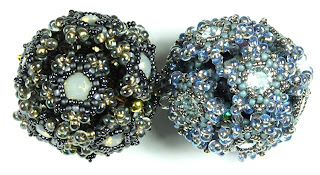 A new colour-way for Buttress. I actually have another in the works but Time. 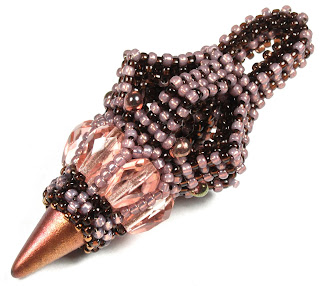 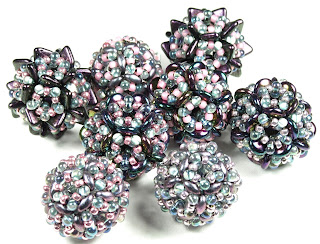 The one above uses purple-toned Czech mates (yes, all of them) but they have undertones and the other beads are reflecting off them so the purple is rather diminished. It's slightly nineties in person. 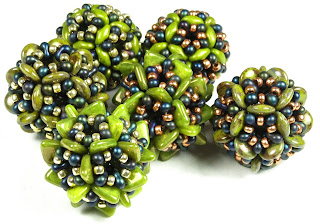 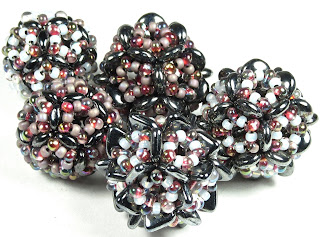 Then there are kits, new kits not for classes: 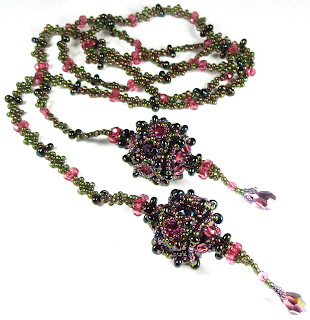 Kisa as a lariat - I've made a version as earrings, as a small pendant, and as a larger more elaborate pendant, but this is super-wearable (I have a couple). There's another colour way all made up, and another in the works but Time. 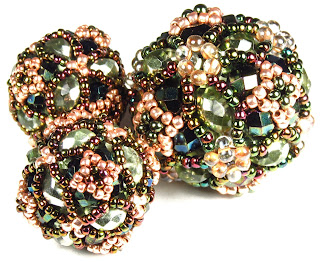 Then I discovered that I could make a smaller Horus, suitable for earrings perhaps, mostly by using smaller beads. I'd have a gajillion kits at Bead & Button if one of my suppliers were focused on MEMEME instead of whatever their actual priorities are.
Posted by Charlene at 5/30/2016 06:35:00 PM No comments: