In San Francisco we stayed at this cute little place through Airbnb that had a lovely little courtyard. 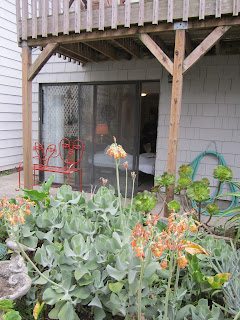 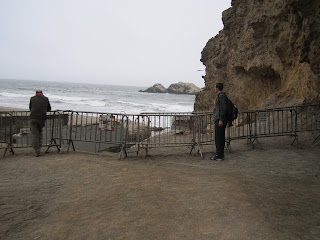 We went to Muir Woods but it wad cold and drizzly. 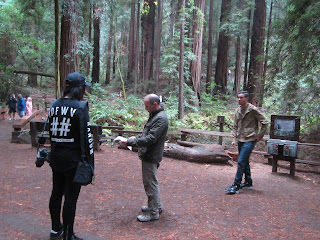 When we went for nitrogen ice cream we saw this wooden edifice. My brother said it was like the things they burn at Burning Man. 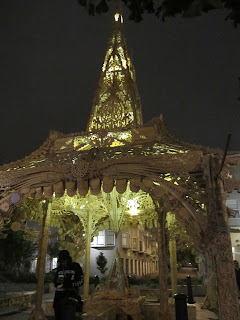 I came home, turned around, and spent a few days at a lake where people did fibery things. 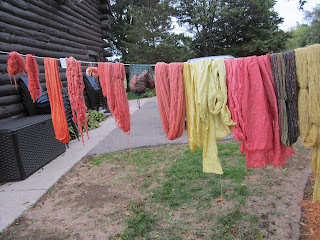 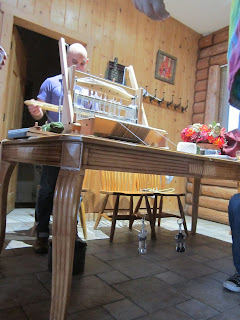 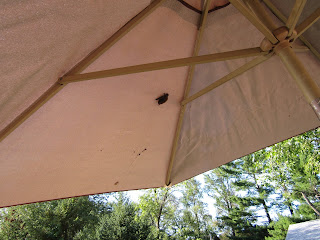 One evening we sat outside to watch the sunset and disturbed a bat as we opened the umbrella. He was pretty disgruntled, flew around and came back just as annoyed. 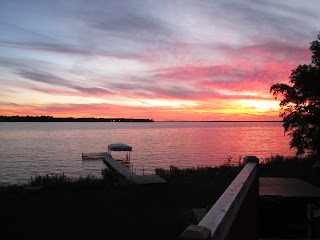 The sunset was pretty stunning though. 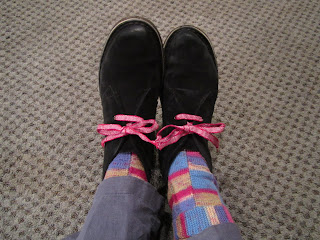 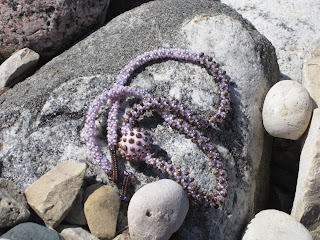 I took some very poor photos of kumihimo necklaces. 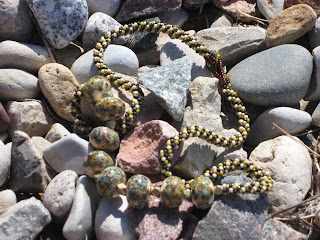 They should have been more attractive (the photos; the necklaces are fine) but the photography skills in the family lie with my offspring. 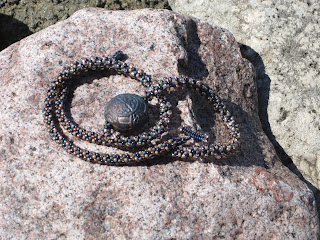 It was pretty fabulous and I came home with The Crud (cold, flu).

I really should post more often because otherwise it's past my bedtime and there are a gajillion pictures and I'm a bit tired for words, but there it is and I'm just going for it anyway.

I'll just say it's been a rough week between deadlines and medical scares and leave it at that. 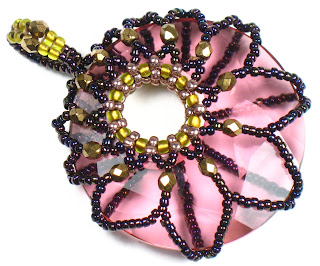 I made another sample for last week's class and then adjusted the other sample I'd made. In short: size matters, as the size fifteens on the first sample were much bigger than in the one above and it makes a difference - in this case, not good! 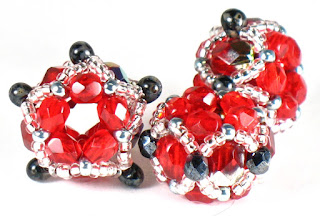 I made various other samples of things. 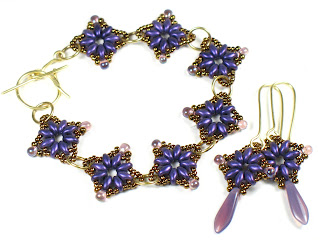 I'd only ever used this motif for earrings, but I think it works really well as a bracelet (and would have made a lovely necklace too only I was a bit pressed for time. My own fault). 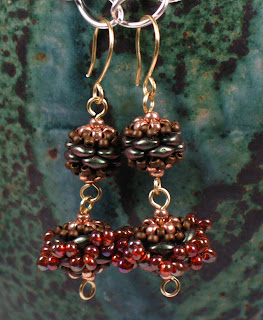 And then we had a long weekend and I was determined. 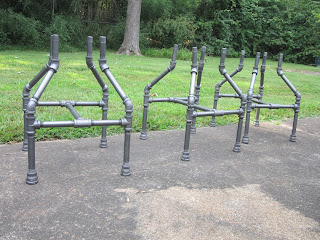 I made progress with the stools and then found that I was yet again missing a few pieces. 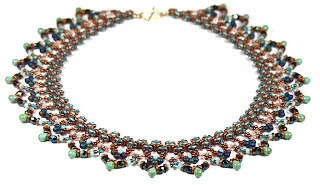 I made a sample for tomorrow's class. 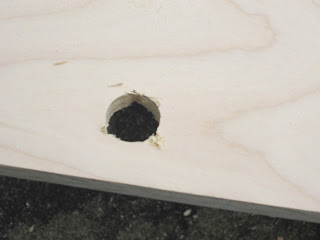 I sanded what seems like acres of wood and drilled some rather large holes rather well (if I do say so myself) until the very last one where something happened and I ended up with an ugly great hole. It'll go at the back. No one will see. 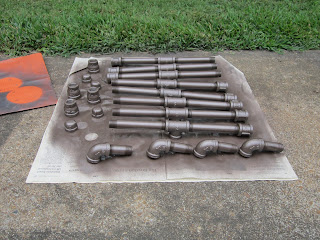 I spent what seems to be an inordinate amount of time washing pipes, but then I got to partially assemble and paint some, so that was fun. 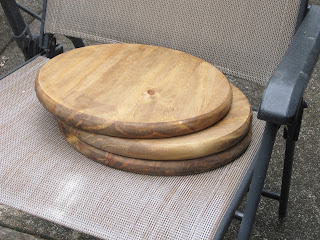 Sanding again, and staining. I liked the staining part better, though now I need to sand again. It's so humid it feels like nothing really quite dries. Everything is still tacky. 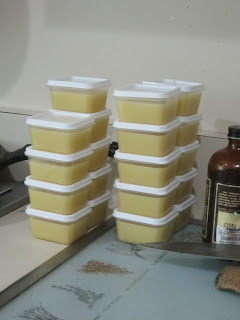 I made (or tried to make) whipped body butter which wouldn't whip and last time I checked wouldn't solidify either and I have no more stuff with which to start again and more importantly, I'm out of time. 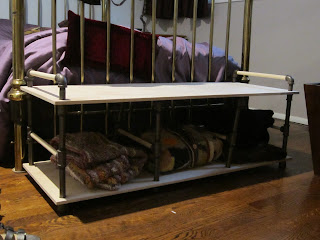 All that sanding! (But not yet staining and/or finishing. I haven't quite settled on what I want to do). Perhaps I'll just oil it.

I have a sweater bench for the foot of my bed. My design was slightly deficient so I need more parts but it's pretty much what I wanted (bar the wire baskets that are supposed to be in each section and which I do not yet have.

I'm not quite a woodworker and I fear my disposition will prevent anything meaningful in that department, but I'm not utterly and entirely useless. Needless to say I'm not unimpressed with myself .
Posted by Charlene at 9/07/2015 11:31:00 PM No comments: