I've mostly been focused on class proposals for the local bead store, due yesterday. 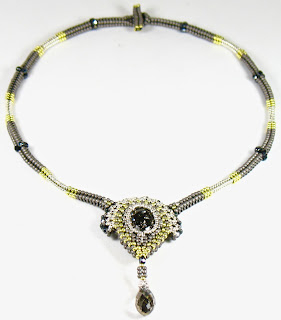 I did sort of get side-tracked with a bit of painting. 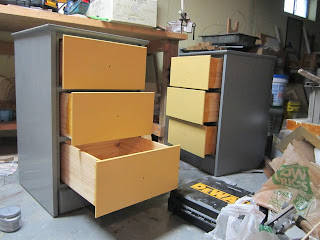 And a spot of sewing. The room needed dragging into this decade - it's been lagging a bit. 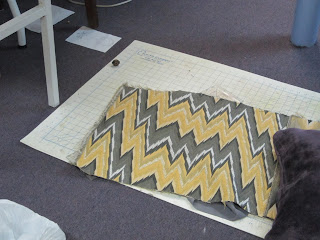 Still more beading. I really like making these beaded beads. 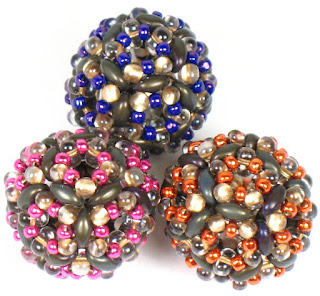 They look far more complicated than they are - I'm looking forward to teaching them and seeing if they really are as simple and NOT confusing to others as I think they are. 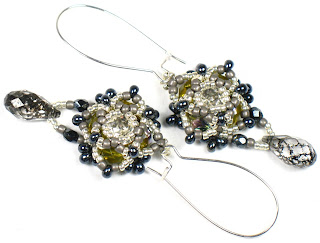 Last night I wanted to wear the necklace at the top of the post even though it's supposed to be a sample (though I suppose it's mine either way, to do with as I please) but had no matching earrings. Luckily there were more class samples that I was able to make to match.

These earrings are actually supposed to match something else entirely; I've been fooling around with a motif that I'm using in two different pendants as well as these earrings and if there's time I'll make a bracelet too.

On Purpose This Time

The bracelet I showed you last time? I rotated the motifs forty-five degrees and altered the thread path a little, both forcing the seed beads into a more defined shape and resulting in something that is easier to stitch and is less likely to expose thread.

(Because I hadn't even planned it or thought about it and in fact I was obsessing about entirely different beaded things using completely different techniques).

I made a bracelet. With its own matching beaded button closure. 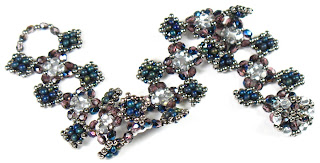 And completely true to form, as planned, a class sample because as usual the origina pictures I took to use in the instructions had one or two steps missing, or I changed something minor, or both. In this case, both. 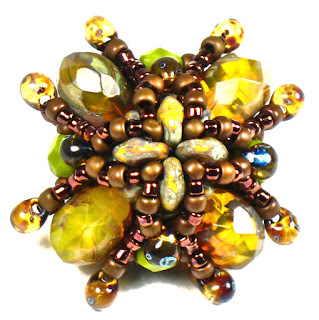 Using the same base technique but with the rectangular two-hole brick beads instead of the square two-hole tile beads, I made a slightly smaller beaded bead. I couldn't embellish it in quite the same way; it's rather plainer so I might have to fiddle around and see if I can't make it a bit more interesting or textured or something. 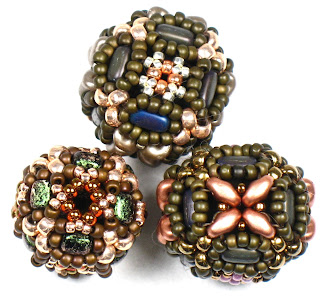 So it turns out that beaded kumihimo is The Best Thing Ever for keeping the discomfort of CMC arthritis at bay. It may not help with the actual physical breakdown of the joint and hideous deformation of the hand, but it seems to keep things lubricated and warmed up enough to keep me comfortable.

Only thing is I'm getting a bit bored with it, even with trying to mess around with variations in bead shapes and colour and texture patterns, but even worse, the more ropes I make, the more clasps I have to stitch and I get really bored with that too and so the queue gets bigger until I can't stand it any more and sit myself down and force myself to stitch clasps. 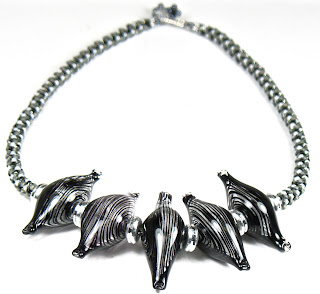 It's not as though I didn't want this necklace as a finished piece because those are Peri-beads, fabulous hollow shapes she fooled around with for a while before moving on to something else. Those are the only ones like that which I have and in fact it turns out that the best way for me to use the beads I have of hers are in kumihimo, so I guess I can never stop. 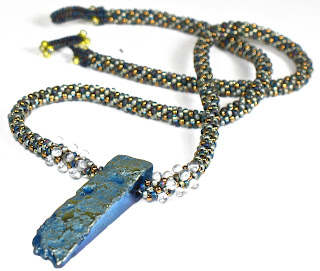 I believe this is titanium-plated agate, or some other semi-rough stone. The gold iridescence is much nicer than I was able to capture in this picture - the pendant is a deeper blue with more gold shimmer. 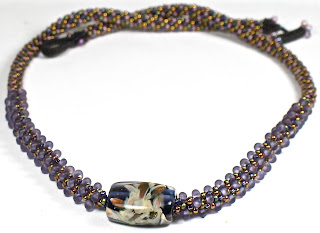 We all like gifts which we'd have bought for ourselves had we the opportunity but they're even better when they were made by the gifter. I love that I now have a necklace with a focal bead made by Denice and given to me for my birthday. I understand she made it years ago, before I knew her, in colours that she would never ever in a million years wear, and I have to believe it was waiting for us to become friends so that she could give it to me.

I really wanted this green beaded bead to work because I love the definition that the O ring beads give, so I tried again but it was still sloppy, even when I filled in the spaces. I like the triangular shape of the twin beads with the O rings but it just wasn't viable. 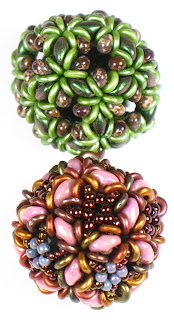 Eventually I cut them up. Both of them.

Made a pair of earrings but I hate the colour combination. It looked lovely when I laid the beads out on my white table but sewn up it's garish and icky and clashy. 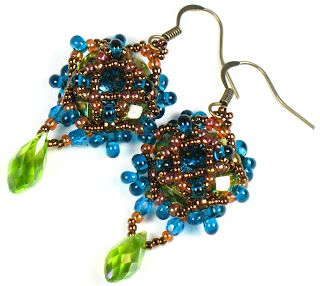 I made the beaded beads I was noodling with a week or two ago into a necklace. Each section requires its own start which I don't like too much (I'd rather be able to keep on stitching using the same thread without weaving in and starting again) but it would be too unpleasant to stitch that way. Convoluted that is. 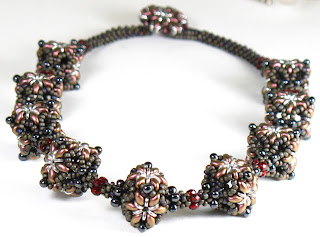 It's lightweight (for such a chunky necklace) and colour choices could dress it up (metallics, monochrome colour schemes) or down (more contrasts, bright, daytime colours) so I think it's pretty versatile.

Even though I hate the earrings somehow I thought it a good idea to start making a pendant with the same set of beads.

I don't know why.

This is similar to the pendant I made last week, except instead of a cubic base it has a truncated cube (imagine slicing each corner right off, leaving a triangular face) so there's a chaton on every four-sided face and a cluster of seed beads and fire-polished beads on the triangular faces and it has a more interesting texture and shape (and is a little bigger) than the cubic one. 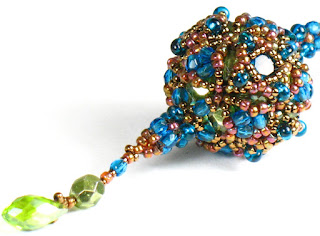 I had made a few of these beaded beads a few weeks ago but the thread path was horrible. The beads at the top of this post that I cut up had a lovely rhythmic thread path that I could use for these beads so I made a few, and a few more that I neglected to photograph.

The one with the super duos (on the left) is so easy to get right in terms of tension but it doesn't have a very interesting texture, the two-hole lentils (in the centre) aren't bad (both in terms of texture as well as getting the tension right) and I love the ones with the triangle beads but if you don't stitch really tightly they can easily be sloppy.

It's all to do with the shape of the two-hole beads: both the lentils and super duos have curved cross-sections but the triangles are flat-flat-flat. 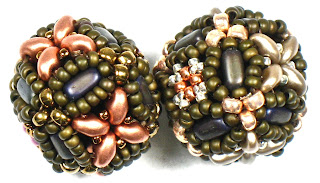 I spent hours and hours this weekend working on a design and getting frustrated and using scissors liberally and then I switched course and as if by magic, these beaded beads happened.

The rectangular blocks are actually the edges of two-hole tile beads which are stitched through one hole to make the basic shape, stitched through the other hole to stabilise the shape, and then embellished.

Less embellished (or embellished only on four faces), they'll fit on a rather fat chain, but as shown they can be strung like any other bead (or beaded bead).

Hmmm, I wonder if I could do something similar with the brick beads?