I left for Rome on January 6th with yarn for a new travel knitting project and started knitting in the airport waiting for the first leg of my flight. 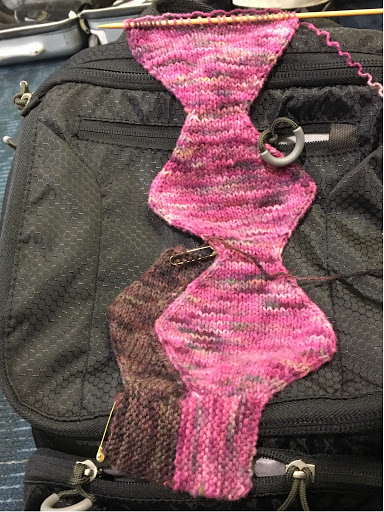 I stayed with my brother and his family in Rome and while we went out some evenings I found myself in my room too early to sleep most nights so while I watched episodes of True Blood I'd saved to my iPad (luckily; the wireless signal didn't reach my room) I made galloping progress on my knitting while on vacation. 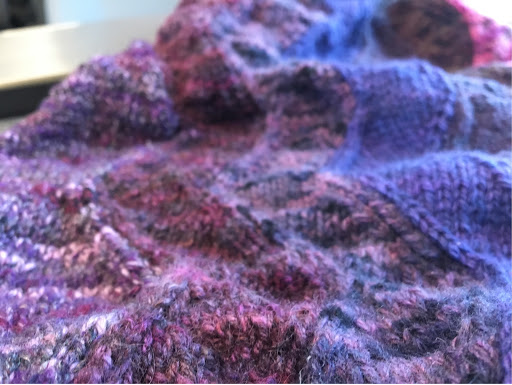 I got home and found myself wanting to keep up the pace to the exclusion of all else - I've done virtually no beading since the beginning of January - and so I found other shows on which to binge while I worked on my knitting project. 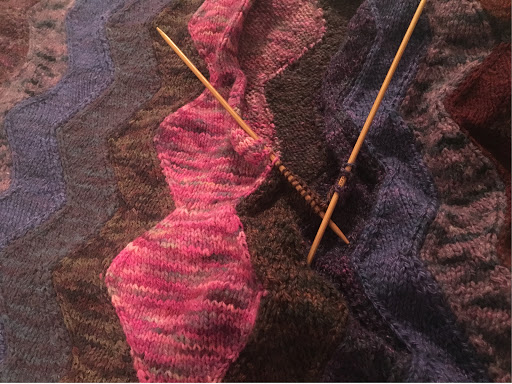 By the end of January I could see February 6th: a month after the beginning of my project and I fixated on completion, trying to accelerate to get there. 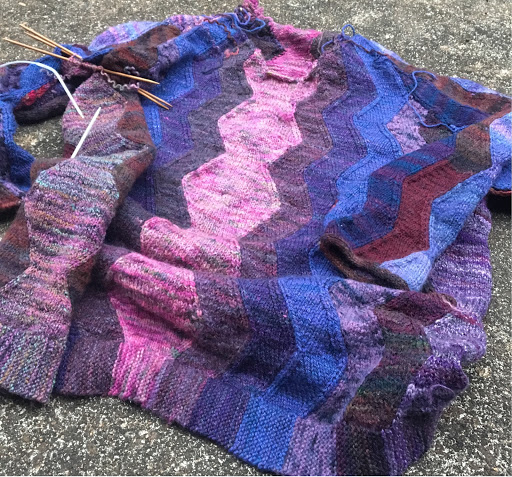 I didn't quite make it.

Two sections of the last sleeve remain, as well as the neckband and one cuff, not to mention all the ends which were too awkward to weave in while knitting.

Still, for someone who has barely been able to knit for the past couple of years, even if I only managed ninety percent of a sweater in a month I'm not displeased.

Apparently with the disintegration of my thumb joint comes a certain amount of deadening of the nerves in the area so I'm assuming my ability to knit without too much pain (except after consecutive days of multiple hours of knitting which I suppose is reasonable) means the nerves are considerably less alive than when I stopped knitting.

I'm ok with that.