I've been doing a bit of sewing lately.

A dress. I'd made this pattern before, but for some reason made it in a size bigger than usual, so I have to wear a camisole underneath because it slips around all the time. I made the top bit in my size and left the skirt slightly fuller and it was almost perfect. 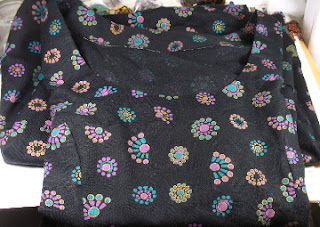 Except insanely long, so I cut off a LOT. No, I have no plans for this strip of fabric. I should make it into dolls' clothes for the nieces but I'm just not in the mood. 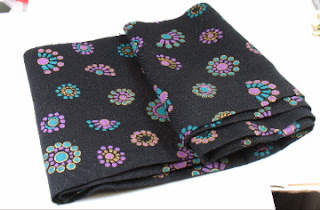 The fabric is well-ages enough that it could probably be deemed retro. The funny/sad/odd thing? It's not the oldest fabric in the stash by a long shot.

The oldest fabric I have is a piece of emerald green brocaded silk (The Real Thing not that sleazy crap I've seen in stores here) which my paternal grandmother bought when she went to the Far East around the time I was born, or perhaps even earlier. She never sewed it and as my mother was the only daughter-adjacent person who sews, she inherited it and never used it, and now I have it and I'm desperate to make it into something which is neither so classic as to be already outdated, nor yet edgy enough that it'll be All Wrong the following season and so, paralyzed by indecision, it's still in the stash, uncut.

A travel bag using leftover fabric from my dining-room chairs which I reupholstered summer of last year (2012. That was the Summer of Upholstery). 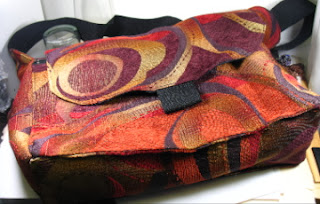 Lots of pockets, including a dedicated iPad pocket and a couple of large outside zippered pockets. 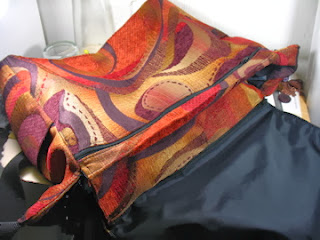 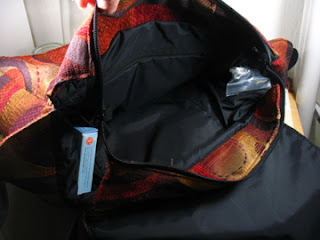 There are pockets for business cards, slots for pens and lip/chap-sticks, phone pocket, candy pocket (well...), passport pocket, pocket for headphones, the Square thingie (that you use to swipe cards), tea-bags - and various non-denominational pockets too.

Email ThisBlogThis!Share to TwitterShare to FacebookShare to Pinterest
Labels: sewing