Apparently we just HAD to have dim sum (known as yum cha) in Sydney, and so we did. The kids are plotting their afternoon of shopping (you should have sen my daughter's haul; if nothing else the girl practises hard and it pays off) while my mother tries to accept the fact that sometimes I won't let her pay for meals. 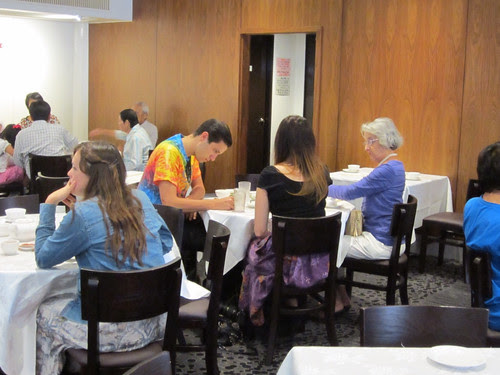 This picture is actually from the 26th, but I only just received it, and yesterday I was in the same place with the same person again, and the view is still as gorgeous and besides, I'm not hideously embarrassed at the way I look in the picture so why not. 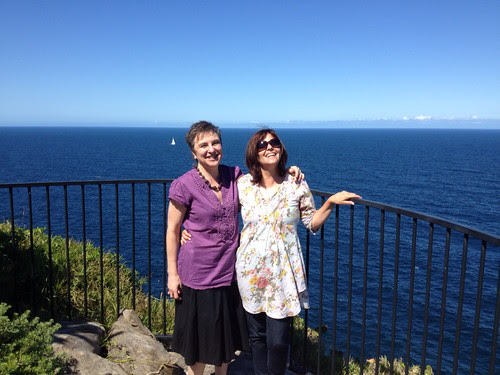 We've been friends since we were ten. This is not an inconsequential amount of time.
We walked from her house along a lovely pathway on (I think; I was inattentive to details such as place names and the exact locations to which they applied) Signal Hill which coincidentally is a central landmark in Cape Town where we both grew up, and found this grave marker of a South African. In Australia, yes. 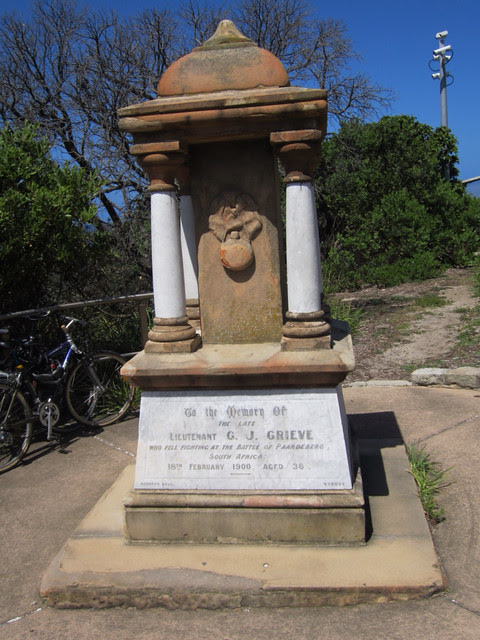 Like I said, stunning views. And if I didn't actually say it before, I just said it now. 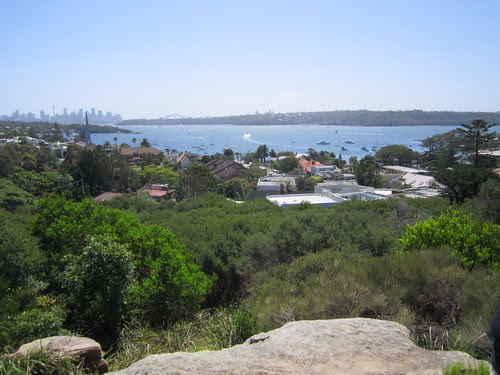 Unfortunately grand heights over the ocean have tempted those who wish to shake off their mortal existence, and signs such as this are posted with quite some frequency as an attempt at suicide prevention. 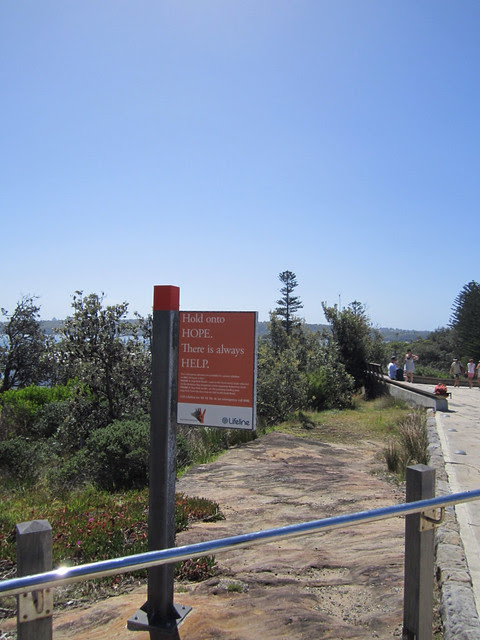 This picture was taken at (more or less) South Head, and shows North Head off in the distance; this is the entrance to Sydney harbour. 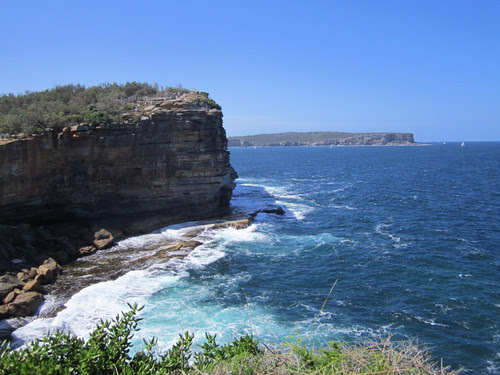 And then of course the family and I had to have Peking Duck at our favourite Peking Duck restaurant (BBQ King on Goulburn, if you must know). Followed by Honeycomb Magnums. So even though you can now get Magnums in the US, sadly the honeycomb flavour which we all agree is the very best, in part because it still has plenty of chocolate is reserved for the Southern Hemisphere only.

If one is to have chocolate, one should have plenty, no matter which hemisphere one happens to find oneself.

Email ThisBlogThis!Share to TwitterShare to FacebookShare to Pinterest
Labels: travel