... that Thanksgiving is over.
... that everything turned out really well (I'm a fairly decent cook. I can't remember the last time something I made was actually awful) and that my daughter bemoaned the lack of leftover peanut soup.
... that even though it snowed (unusually so; the last time I remember snow on Thanksgiving was 1993, when my friend Ana was in town) the roads were still warm enough that it didn't cause any no-shows. 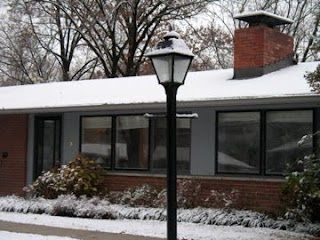 ... that this pair of beads only needed head pins and ear wires to become a pair of earrings. 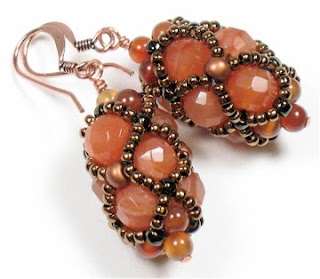 ... that this beaded bead which I made years ago, intending to make into a chain via these faceted agate rings which I did not insert symmetrically... 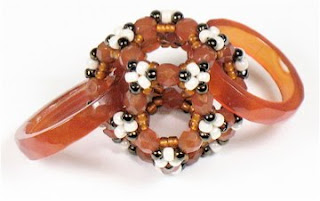 ... was easy enough to cut up and re-make with only one ring so that it can be a removable pendant.
These are rather enjoyable to make. You make the basic shape which turns out somewhat floppy and then add the seed bead overlay (the dark bronze and cream clusters at the intersections) and it stiffens up fabulously. 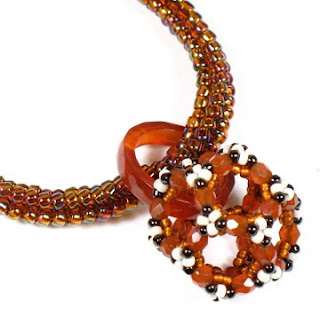 ... that this very ugly beaded bead (I was never happy with the seed beads I used) ... 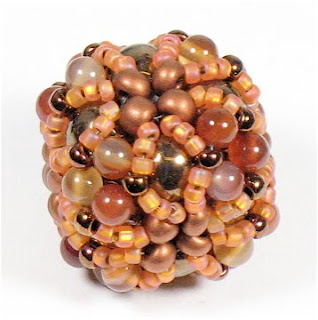 ... could be cut up and made again using better seed beads into something I find more appealing. It's still not a Something, but this way it stands a much better chance of getting there, wherever "there" may be. 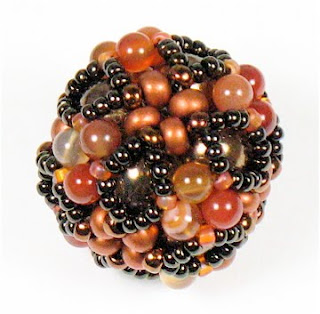 ... that while I was digging in the little baggie of carnelian agate pieces I completed (start to finish) a necklace using a couple of the components. I imagine its not what I'd originally planned, but I'm a bit tired of (not to mention alarmed by) the growing collection of baggies with partially finished thingies and their matching accent beads, waiting for self-actualization. It's really quite a responsibility. 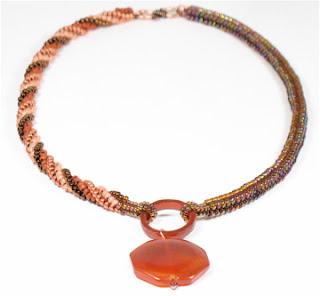