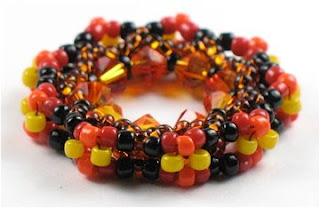 I'm very attached to the sweaters I've knitted, and the yarn I've spun, perhaps because it's such a huge investment of time. A sweater will see me through traffic jams, doctor appointments, dentist waiting rooms, DVDs and TV shows - it becomes part of my very life and therefore so precious.
Beading on the other hand, not that it doesn't thrill and excite me, not that I don't have that heart-swell of joy at an idea realised, but once it's out of my life, it's utterly GONE. Every so often I'll see earrings or a necklace on Amy, admire them, and as I'm about to compliment her on her incredibly good taste, realise that I made them.
I feel like a goof.
So there's this Beading for a Cure thing which I mentioned before and which I really should start on, and to which I contributed last year, and which is in the process of auctioning off all the 2008 beadwork. I checked about a month ago, perhaps the first week of auctions, and mine wasn't among them, so I forgot. 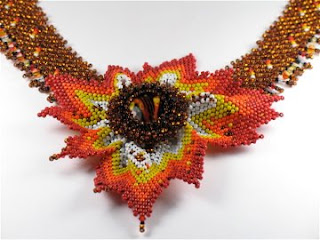 Now it's up, and the bid seems rather low for the time I put into it, not quite twice what I paid for the beads, and there's a part of me off somewhere in the desert thinking "Gee, a bit of an insult, not even $40 for all that work" and I suppose I'm slightly embarrassed to have my work appraised for so little in such a public way, but I don't really care all that much.
Just a little. 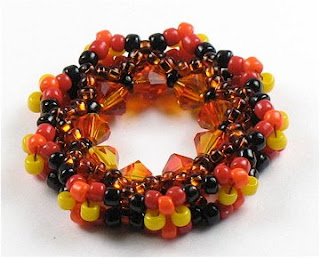 I think my pictures are more appealing than the ones in the listing though. 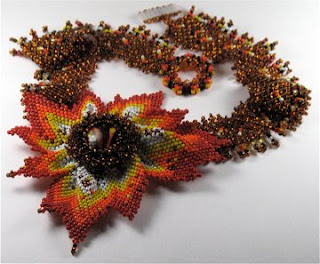