Way back at the beginning of the dark ages when I got married, I'd sort of intended to keep my maiden name, but no one here could pronounce it correctly (which annoyed me no end; it's a single syllable), it was sometimes awkward when it came to things like banks and houses and children, and then when I got citizenship, I ended up going with my married name. And then when I got divorced (at the end of my dark ages), it was easier to have the same last name as my children.

And besides, no one could pronounce it. They seem to have problems with my adopted name too (which is pronounced as it is spelled, but apparently this is problematic too; I'm not entirely sure why as it's hardly polysyllabic or fraught with umlauts and cedillas and the like), but I don't much care, because it's not my name. It has no emotional investment for me, it's merely a convenient tag.
Which made it even odder to receive a package addressed to my previous incarnation, the one with the name that I think of as my real name, as opposed to the one on the bank accounts, mortgage, bills and so on. 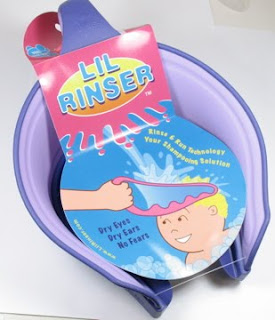 Its contents (towards the odd and inappropriate end of the scale) are not entirely useful, as my kids have long since figured out hair washing and besides, I think they'd be horrified at the thought of my washing their hair in the bathtub. I know I would be.
I discovered the package when flowers were delivered, flowers that a friend had said were being delivered today (and by "today" I mean "Saturday", as it becomes Sunday only when I wake up after having slept the night, and I have not yet gone to bed), except they weren't from her at all.
Gorgeous flowers, but not from Julia.
Then the day got really strange:
There. Was. No. Line. At. The. DMV.
I was in and out in as much time as it took for them to verify that yes indeed I did pay personal property taxes, my new car is insured, I do have a valid driver's license, and how much do I make that check out for? Taxes on a new car = not inconsequential.
Still. No line at all.
Then the flowers from Julia arrived. My living room is awash with growing colour. I love it.
Birthday extended by yet another week, check.
For normalcy, I made samples for kits I'm taking to the Puget Sound Bead Festival in July. I'm actually teaching this class at my local bead store in a week or so. 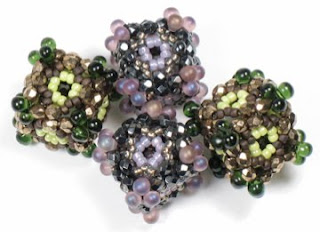 And then I started on a sample for the next class I teach in town (and will probably also bring as kits to Tacoma). 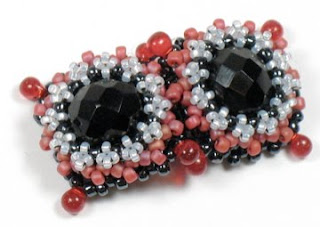 I'm surprised at how much I like the colours, because I honestly came to them rather reluctantly.
I started with the large black beads, the gunmetal seed beads, and the alabaster white seed beads, but red really wasn't my first choice (or for that matter, my second or third choices) for the accents. My first choice proved to be surprisingly uninteresting, in that it really didn't in any way enhance or advance the pattern.
Not contrasty enough, quite simply. I really should pay attention, as this isn't the first time I've been rescued by a contrast.
Seems like the day ran out of odd.
Posted by Charlene at 6/06/2010 12:14:00 AM

Oh what a strange day you had and oh pretty pretty beads!