Yesterday I spent many hours generating piles of thread and many hideous pieces of beadwork until this morning I threw embellishment ideas out the window and went with simpler. 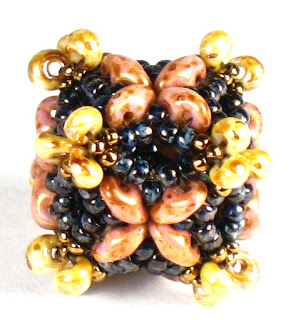 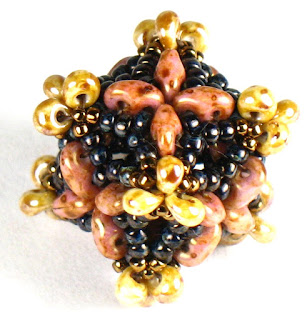 It's a little difficult to describe all the steps especially if people have trouble reading their beadwork and it absolutely will not be even and symmetric and firm if not stitched with tight tension. I hate to consider a class project when I can see the pitfalls but it's so cute! 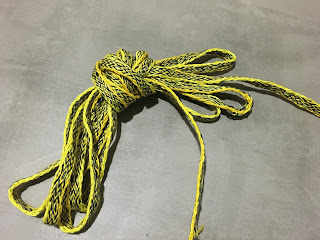 I made good progress on the shoelace front though. 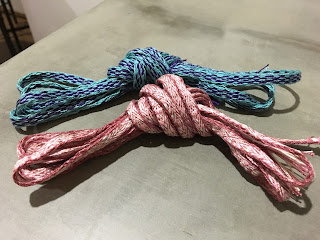 I made the pink ones above all in a single day (in which I did other things too so it's not as though I woke up, started on shoelaces and then fell into bed late at night, not having eaten, bathed or done anything but worked on a single pair of shoelaces).

I need a few more pairs so that the nieces and nephews and brothers and sisters in law (and my kids if I'm being fair) all have choices and then with a bit of luck they'll leave me the ones I want (not yet made) for my purple Docs.
Posted by Charlene at 12/13/2015 12:45:00 PM