Eh, there were taxes to be paid, estate sales to be had, technology to be battled (why are the new and improved versions never an improvement? Why do they remove the useful features and leave them dumbed-down?) and it feels as though I didn't get all that much done.

I made earrings, really simple earrings. 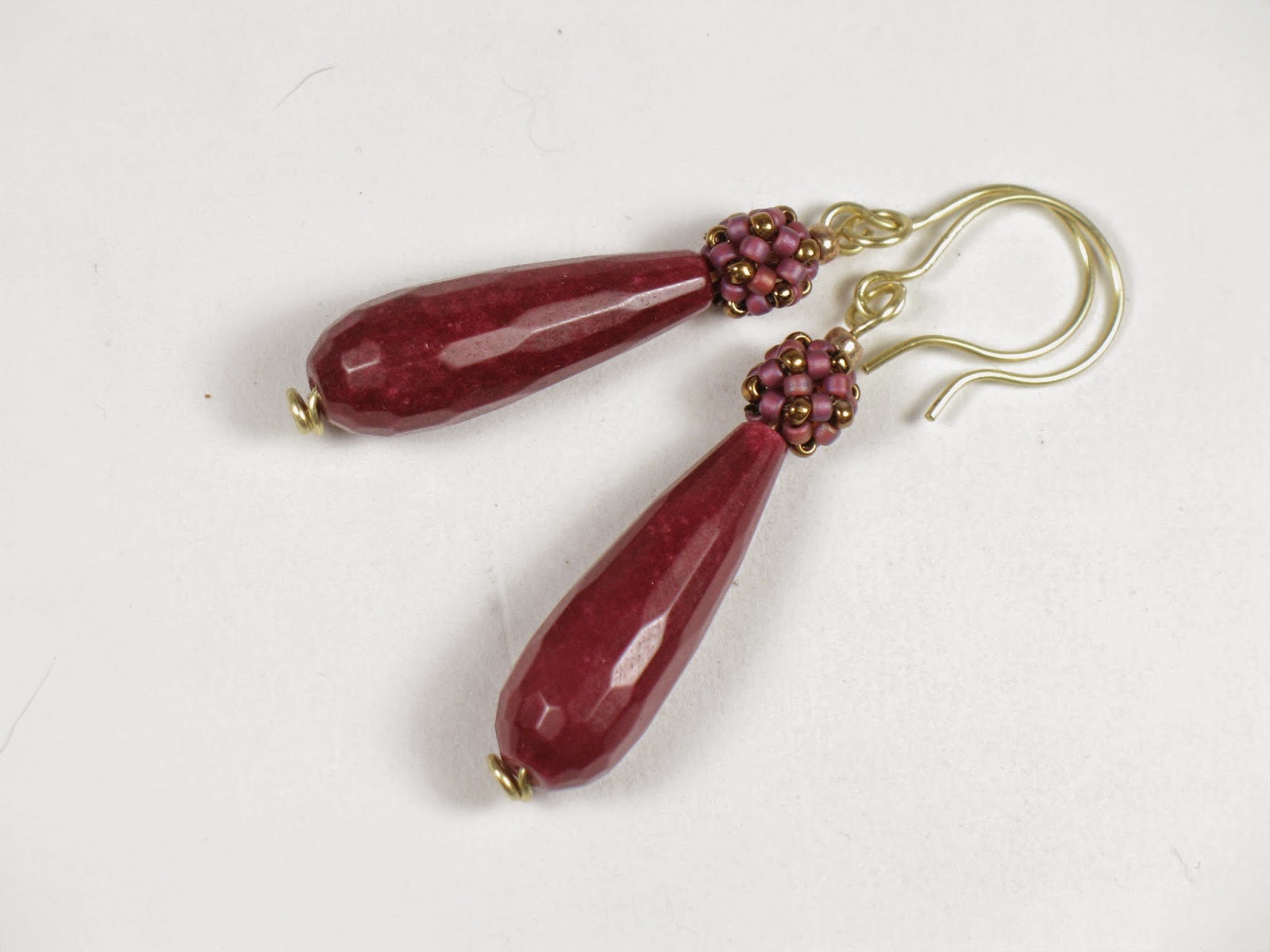 Sometime during the first morning that I wore them, I saw myself in a mirror and panicked at the deep red rash down both sides of my neck - and then calmed down when I realised it was the dye from the stone drops. 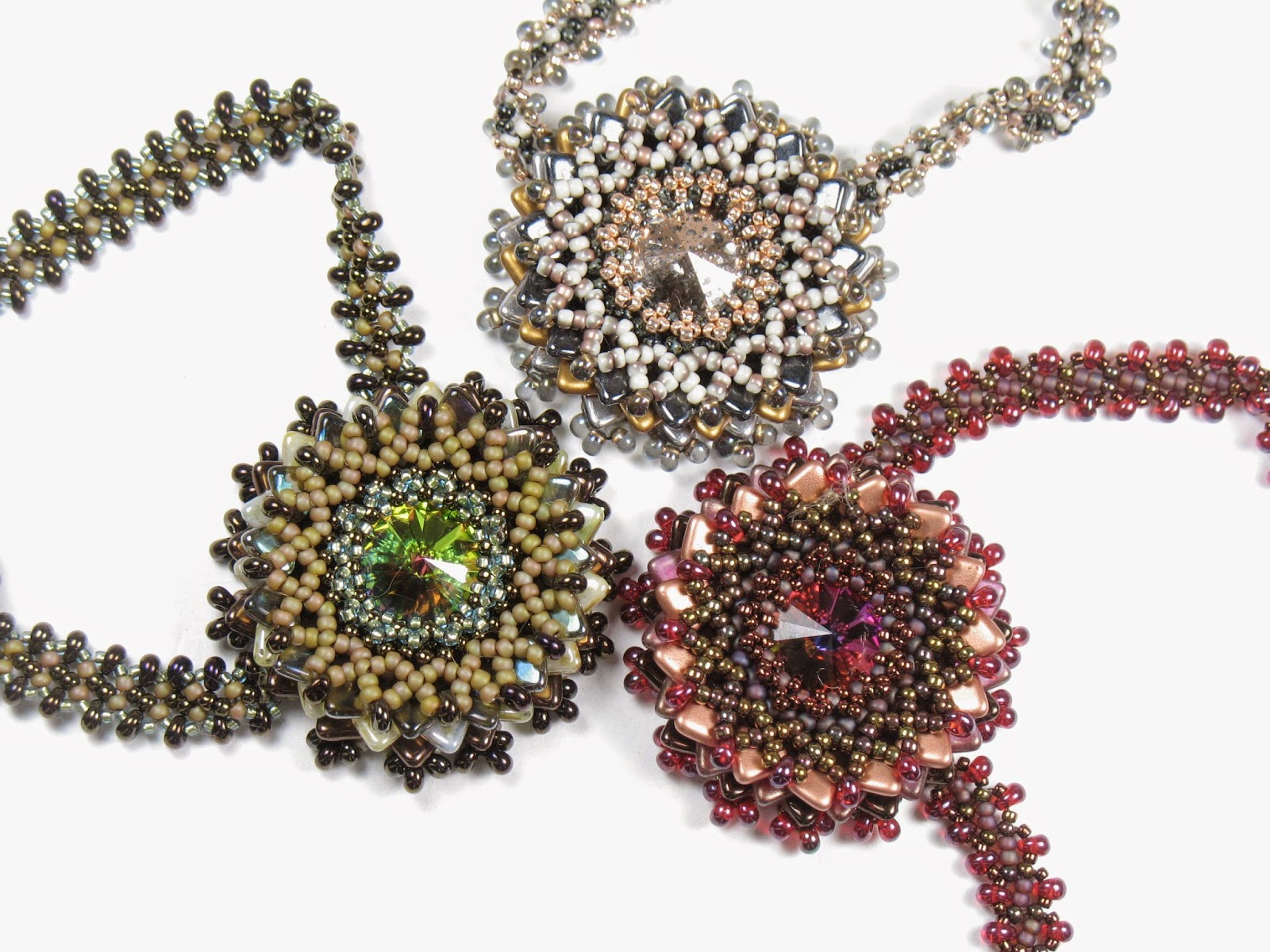 I made the third sample for Skella which I'm teaching at Bead and Button. It's a fun project which uses a number of different techniques and my complaint about it is kinda also what I like about it: there's a whole bunch of stuff you have to stitch before you get to the part with the triangle beads, and it seems you're just building structure and laying foundation yadda yadda - and then you're there and it's a bit confusing at first, and then the rhythm hits and its FUN (at least I think it is) and then everything else you have to do firms it up (both in terms of the structure but also the design) and I find it satisfying. 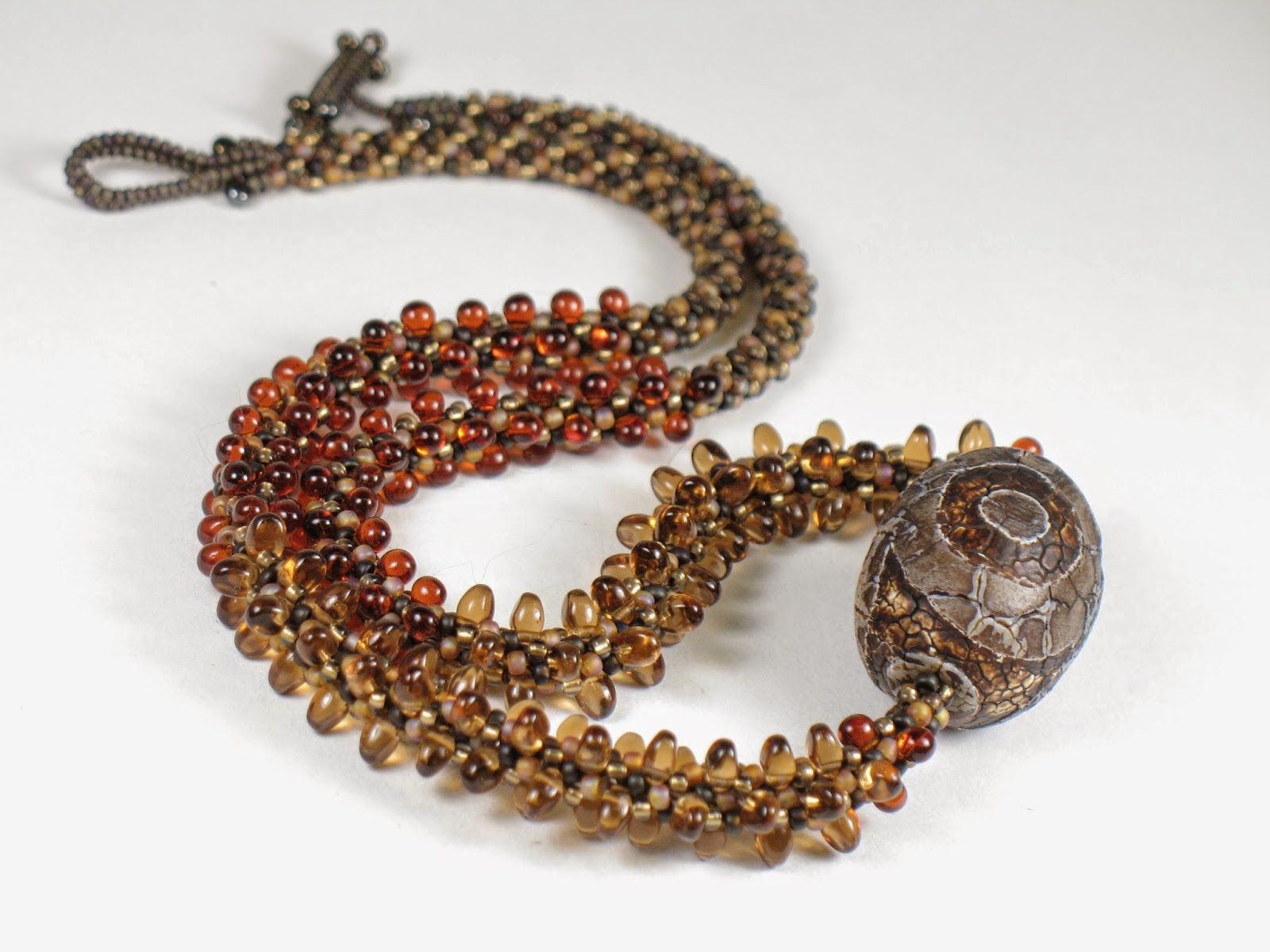 There were also a couple of kumihimo necklaces (as there almost always are) which were given clasps (and one which was not. I'll show you when it's ready). 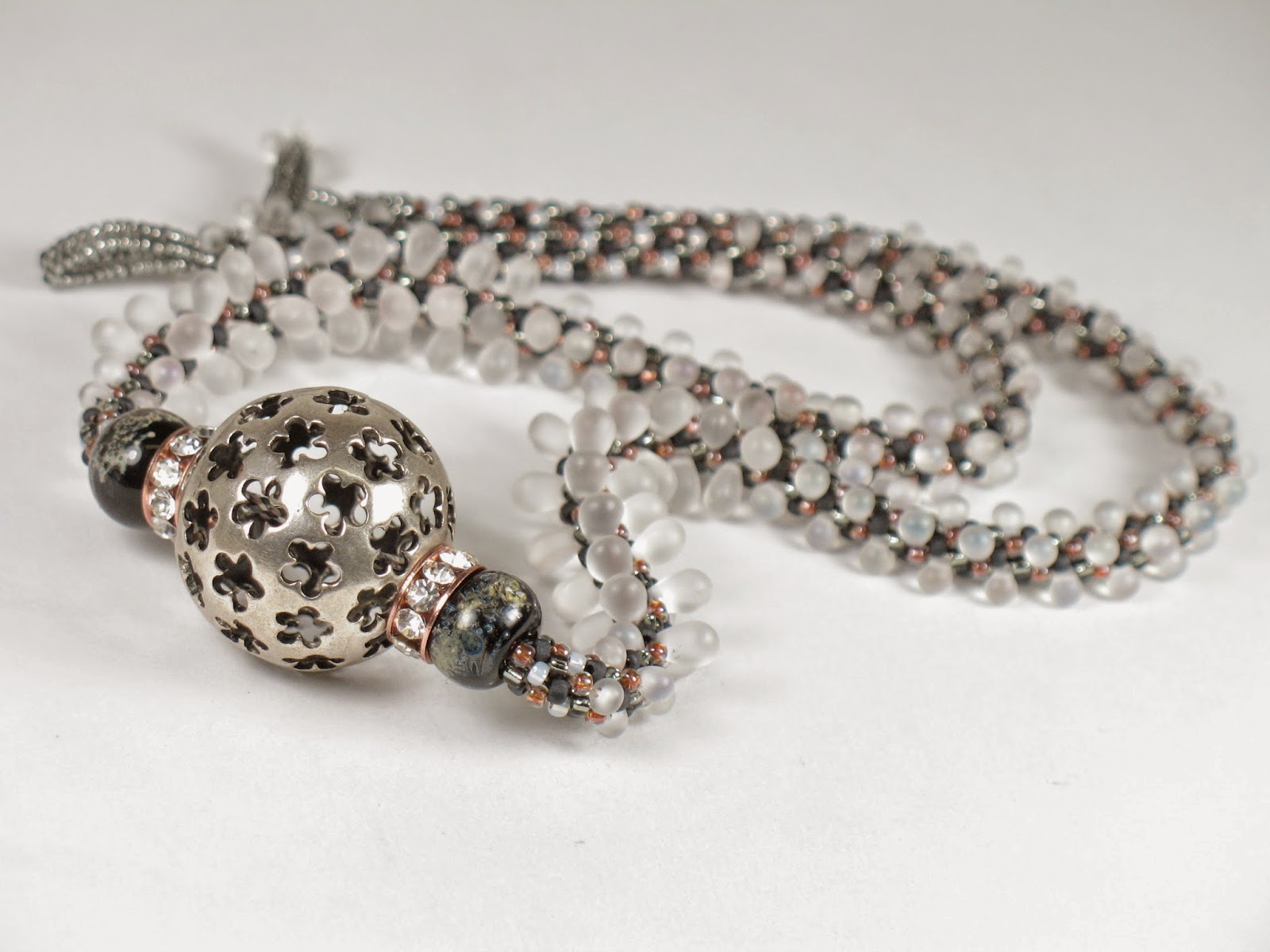