You know how you have those weeks: the more time passes, the less you get done? The day job has felt spectacularly unproductive and busy as I've been preparing for Bead and Button, seems like I have almost nothing to show for it.

I should take pictures of the piles of tiny baggies with beads I suppose. 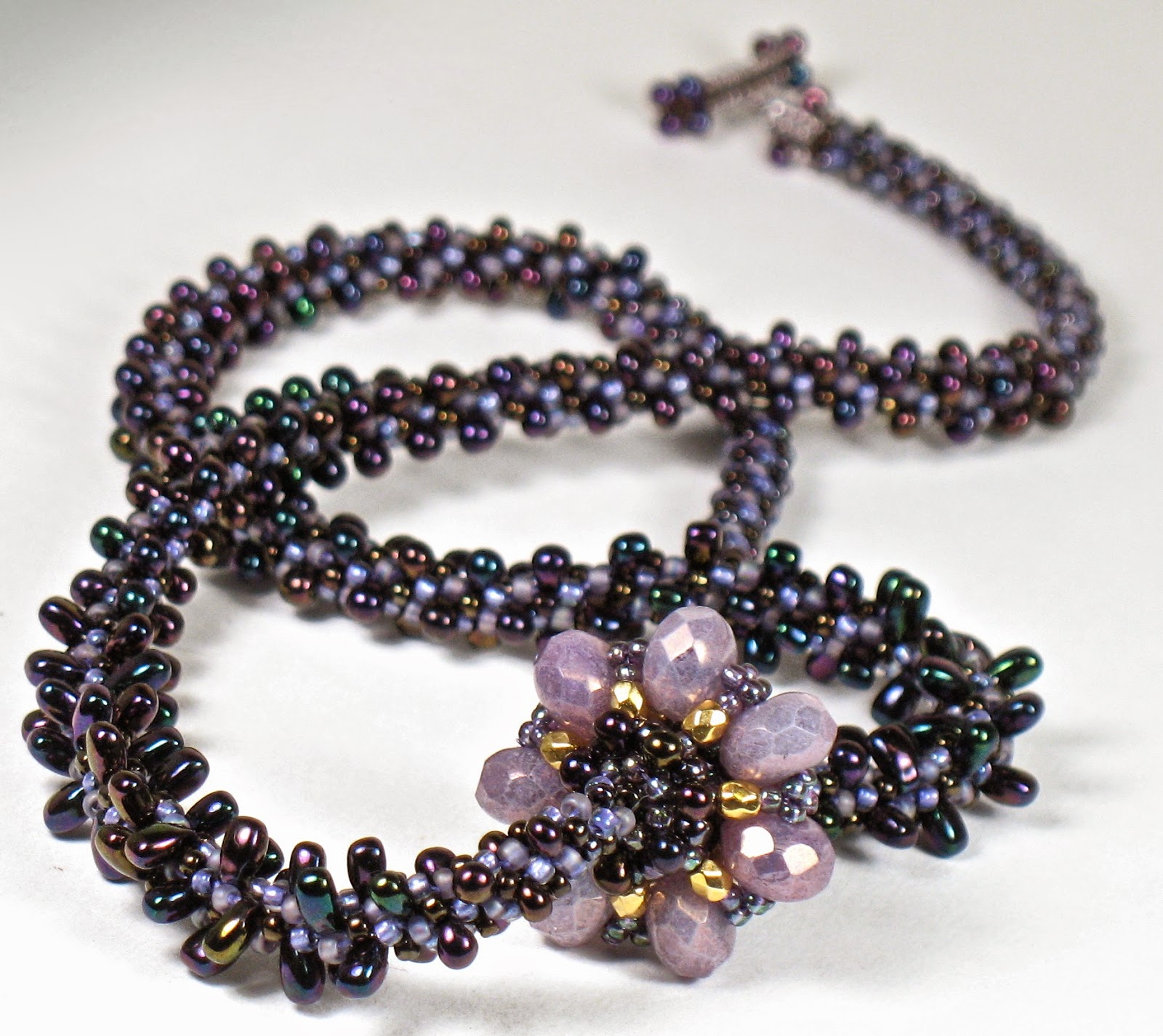 It seems like forever ago that I did this necklace because there's another one off the disk waiting for a clasp and yet another in progress. I suppose that's a good thing. 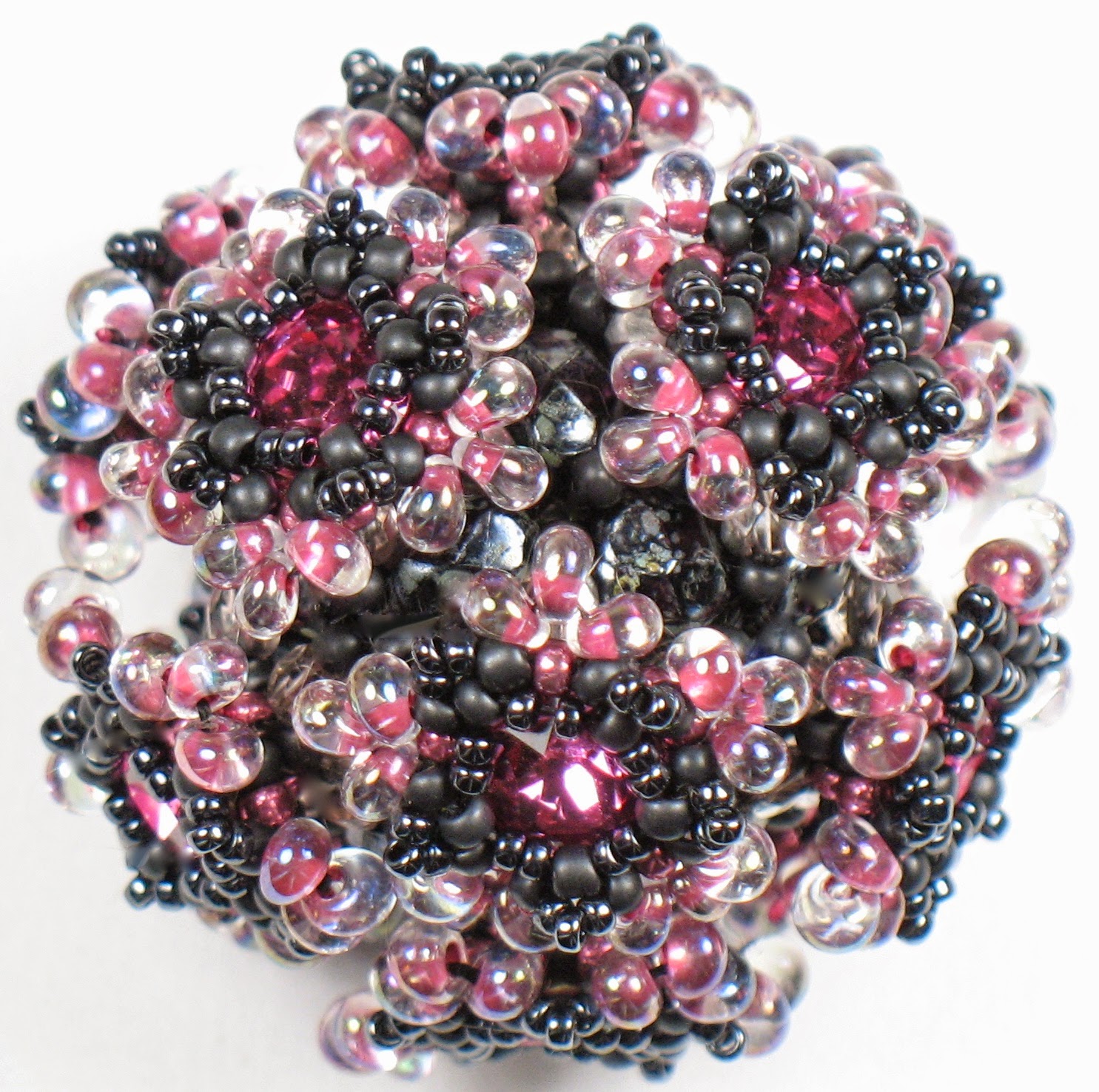 This isn't for a class (it was submitted but not accepted) but I felt like making kits anyway, so this is the second colour-way and even though it's not usually where I go, I'm kinda loving it with the funky colour-lined magatamas which add just the right amount of extra pink.

I suppose these few pictures are more or less realistic though, as my evenings this past week have been all grown-up and gong out instead of nose to the grindstone and beading: I saw David Seders who was entertainingly chatty (he usually keeps extemporaneous words to a minimum and just reads) and some Brazilian dance company who were no better than mediocre street performers. Sloppy, graceless, a little dull. They were pretty athletic though, and it was slightly better when two of them were shirtless instead of swaddled in oversize clothing (I'm a sucker for finely-tuned abs, what can I say) but not enough that I wanted to stay for the second half.
Posted by Charlene at 4/25/2015 09:04:00 PM