Quite honestly, the long absence followed by a sudden appearance should not be taken as predictive of anything at all, just so we're clear.

I've been close to completely losing my mind lately: I've become obsessed with a beaded bead that isn't quite right and so I keep trying but it keeps getting worse. It started with an Instagram post in which pictures were carefully oriented to show the best side of the piece so you couldn't really tell how cockeyed it was. 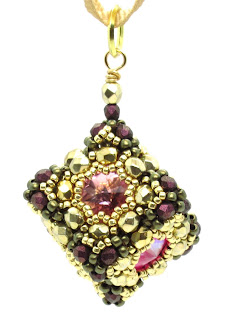 It was all going to very nicely until the last two sides of the cube, at which point things got squished and pushed and pulled and the rivolis started looking like Marty Feldman's eyes in Young Frankenstein: not quite pointing in the right direction.

I made another. Same thing. It's currently staring at me from inside a baggie, least skewed side facing. 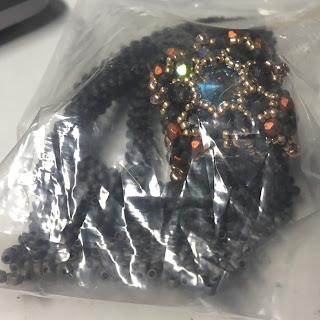 Then I tried something different and that one was even worse. I cut it up.

Then I tried another technique which might be successful but it's impossibly unpleasant to stitch and the needle broke so I tried to distract myself by seeing just how out-of-date this blog is and so I deleted links to classes past and when that was done I thought I might as well just talk about something since it's been so long and I'm so frustrated that I have not be beading. Like whine about beading. 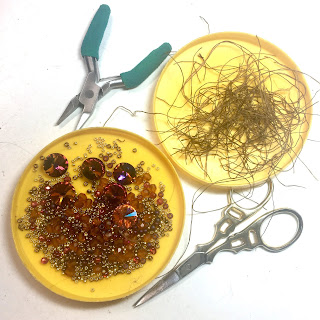 Also about electricity; specifically the wiring in my house.

It all started some time ago when I decided that the nasty dim flickering fluorescent lights in my basement studio just had to go, so I bought LED fixtures on Amazon and then was too chicken to try to swap them out myself.

A work friend took pity and did the job and when I saw how simple it was, my confidence goaded me into buying a new dining-room fixture and installing it myself.

Successfully in case you were wondering. There have been no sparks, sputters, flickering or fires. 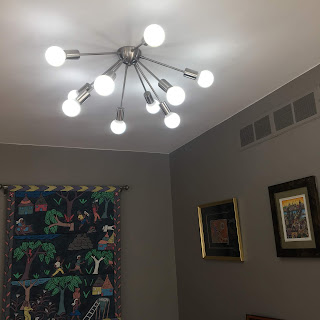 Then I decided that surely I could replace the hideous ancient ceiling fan in my family room, and once the box with the new fan had spent sufficient time in the corner of the room, getting comfortable, adjusting to the new surroundings, it was time. The day before yesterday.

Because I'm all about the joy, I spread the removal of the old fan over both days of the weekend. Also because I couldn't figure out what else to unscrew in order to release it from the ceiling. Turns out that twenty-plus-year-old rubber washers get kind of gluey and will happily keep a heavy ceiling fan connected to the ceiling.

It's not that I'm not confident about installing the new fan; I'm pretty sure that if I follow the instructions in the box I will be successful. The problem is that I'm also pretty sure that some non-electrician dude hacked the installation of the old fan because the electric box is NAILED into the wood above it. Hint: you want screws that can't slide out the way nails potentially could. It's not that I use the fan often, but if I were an avid fan user (I'm not) I suspect there's a good chance the vibration would have wiggled those nails loose and I'd have had a fan come crashing down on my floor, breaking tiles and scaring the cats.

What? Ugh, anything I start lately.