Days and Miles and Hours

Yeah, it's been a while.

I thought I'd post on the road but I was just too weary.

I thought I'd post when I got there but I didn't.

I thought I'd post when I got back but I was too busy.

It's all been compounded by moving my daughter to Los Angeles while at the same time desperately trying to get samples complete for a big deadline. Both at once. And I always feel I'm behind on deadlines though so far I've not missed one but honestly, I really would prefer to not be hitting the "Submit" button around eleven at night and then still having to pack and sort and sign and send the samples and still getting enough sleep to be functional at work the next day. I more or less was. Functional.

Our first day of driving took us through Missouri (pretty, mostly): 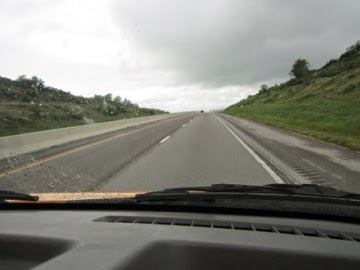 And Oklahoma (largely less so) and into Texas to Amarillo: 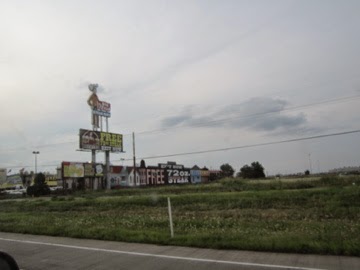 That ridiculous billboard offers a free seventy-two ounce steak which while obviously not likely to be actually free (the catch is you have to eat it within one hour) is so very wrong in almost every way. No, I take that back: it's wrong in every way.

I wasn't even tempted. Twelve hours on the road, snacking to assuage the boredom makes the thought of that much steak (and I bet it's a nasty cheap cut of meat) that much less attractive than its already low ranking in the list of Foods I Want To Eat Now.

Still, we managed to eat a decent amount of meat for dinner (hello? Texas) and the next morning there were waffles in the shape of Texas (of course).

A few minutes past Amarillo we stopped at the Cadillac Ranch: 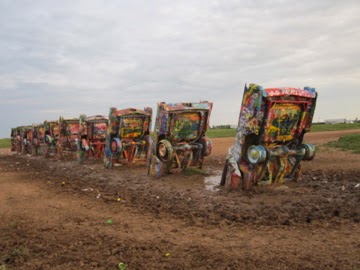 Where even the plants are spray-painted. 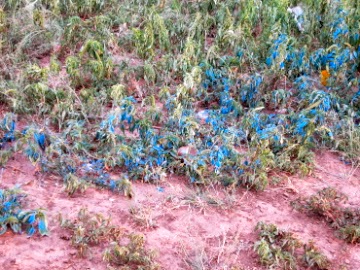 Texas did not abound in fascinating scenery. 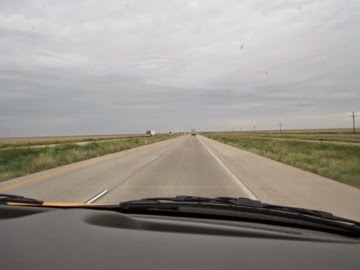 Neither did the first half of New Mexico.

We had an errand to run in Albuquerque and the kids decided that since we were there already, we just had to go to Walter White's house which is in a neighbourhood as quiet as it seemed in Breaking Bad. People live there, and have a sign posted to remind you that it is private property and that your foolish actions are being monitored on closed circuit TV. 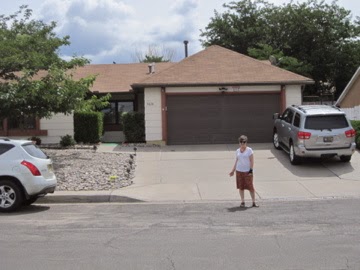 We made it to Flagstaff and the Grand Canyon in time for sunset. The kids hadn't seen it before. 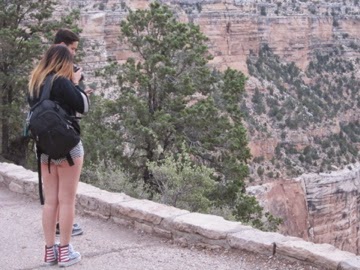 The next day I really enjoyed the scenery in Arizona. 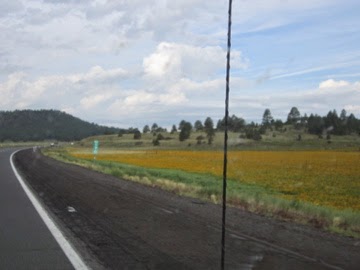 It got drier and browner the closer we got to the Mojave desert. 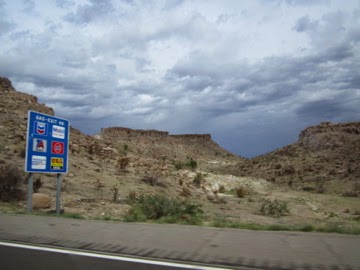 Just across the border (where they confiscated our cherries and plums) California wasn't terribly pretty. 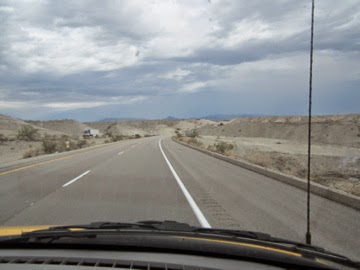 We decided that arriving in LA to unpack my daughter's worldly possessions into a tiny shared apartment and then returning the truck (or worse, parking it on some random street overnight) on a Saturday evening probably wasn't a tremendous idea, so we took refuge in San Clemente. We arrived in LA on Sunday morning. I guess traffic wasn't too bad? I mean, it never actually stopped moving. There was convenient street parking to unpack the truck. 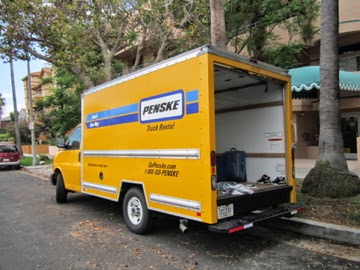 It all went quite smoothly.

I came home the next day.

One of my cats was pretty mad at me and took almost three days to forgive me for leaving her. The other was just pleased to see me. He's a pretty straightforward little guy.

I still had a couple of samples to finish. As it turns out (and why I should even be slightly surprised I don't know) I didn't get to them on the road. The hotel in Flagstaff didn't even have a table and chair and lamp but even at the ones that did, working on samples just didn't occur to me. Being relatively immobile in a vehicle for the better part of the day turns your brain (and the rest of you too) to mush. 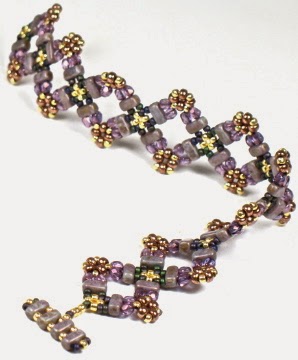 I did get done though, and I did make my deadline and I wasn't totally useless at work this week.

My daughter went to Geneva for a semester, but she came back, and it hasn't quite sunk in that she's two thousand miles away and won't be coming back, except to visit (if I send a ticket) occasionally.

It's only a matter of time before my son leaves too (he still has a year of college).

Love the zigzag bracelet. Is this for a class? Not sure I can fly cross country just to make a bracelet, but I might consider it.

You have time to arrange your travel: I teach it on September 2nd...