OK so the focus on the picture is off, not sure why my camera thought the back of the curve was more important so there you have it: machines are not stupid but sometimes the people who write the software slip up.

Anyway, it's a pendant which is a möebius strip formed into a figure eight, and then folded one half over the other, and connected with elongated bicone beads, although that's not how I made it. Because of its half-twisty nature, all the bicone beads are attached to the same edge of the strip of seed beading; it's the nature of the möebius. 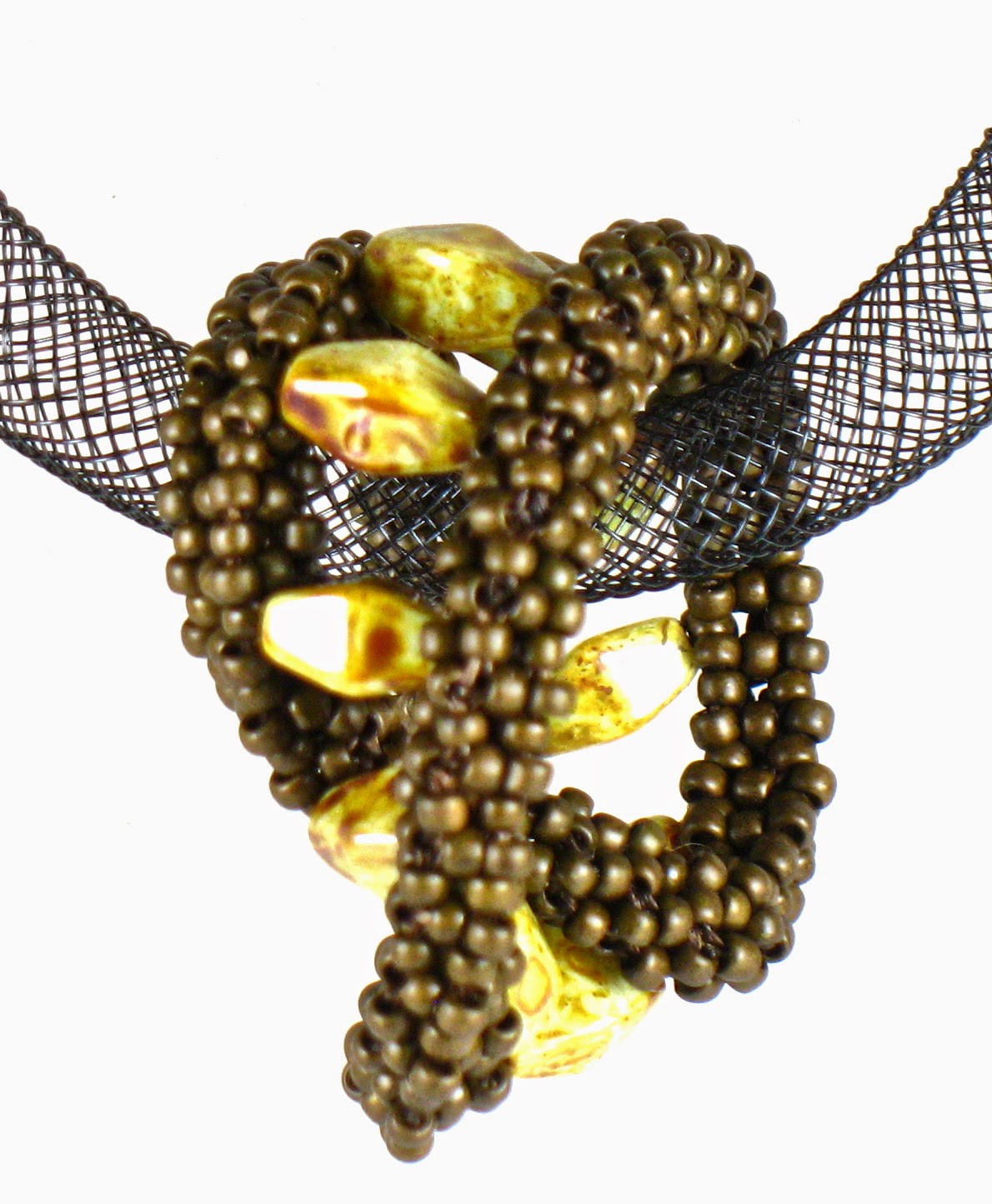 I have ideas for More Fun With a Möebius Strip which I may or may not get to because time.

Below is what was to be the second part of a three-part design. 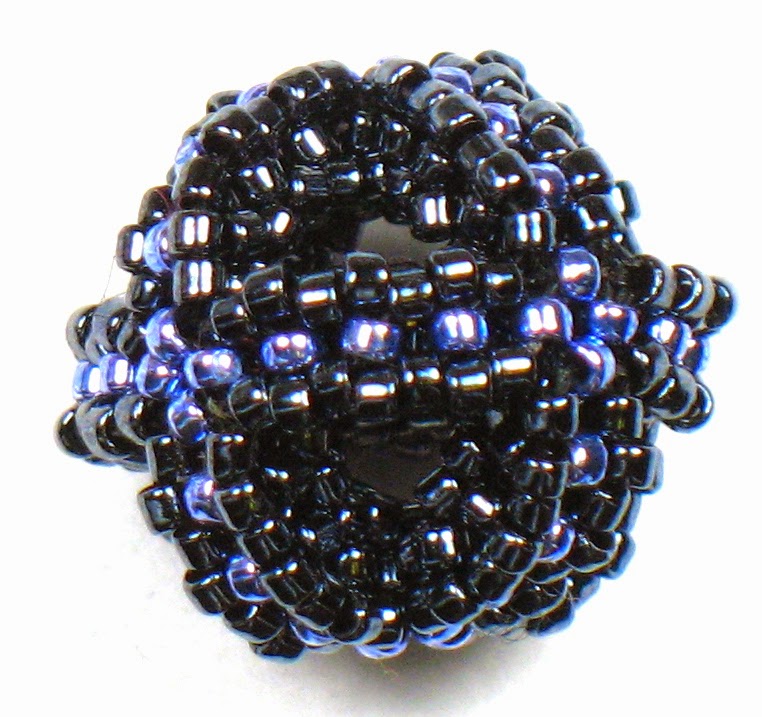 It turned out a bit small (somewhat smaller than the penny; don't you just love perspective?), so it might just be the first part of a two-parter. 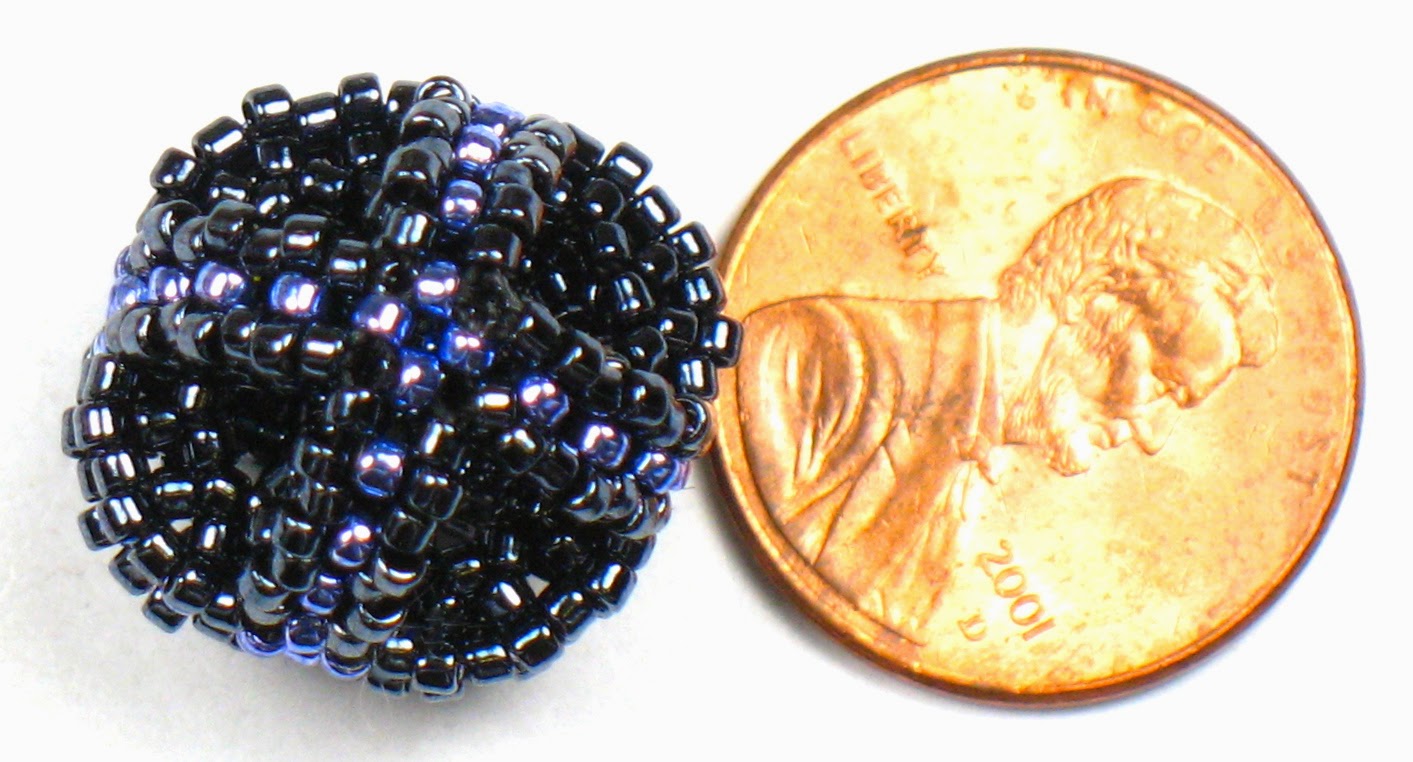 In case you can't tell (yeah, less than ideal pictures, I know) it's a sphere with an equator and lines of longitude at the Prime Meridian, the International Date Line, and midway between on both sides. My plan was for it to contain a beaded bead, but it's outside dimensions are barely larger than the beaded bead in question (let alone its capacity), and so let's just say it's a proof of concept, the concept being a rigid self-supporting hollow object such as you see. I'm satisfied that it will scale up too.
Posted by Charlene at 10/25/2014 07:48:00 PM