So it turns out that I've been so busy preparing for Bead & Button that I completely forgot to post anything at all.

I'm not sure why I procrastinate so badly that I find myself still awake at one in the morning, desperately trying to finish a sample so that I can photograph it so that I can print kit cover sheets when I have to drive for six hours the very next day. And then I didn't even finish and went to bed anyway and even though I didn't think I felt terribly anxious, some neurons disagreed because they thought it was a good idea to wake me up after barely more than four hours and simply refuse to let me sleep again. 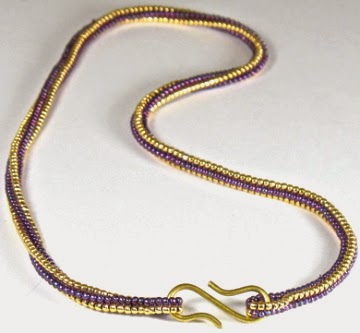 One of the classes I'm teaching is a slider pendant in a triangle shape with rivolis and whatnot (scroll to the bottom for a small picture), and I know that certainly beaders will put their brand-new pendant on a strung or (horrors) bought necklace but the truth is that what they really want is to make the necklace for their slider. 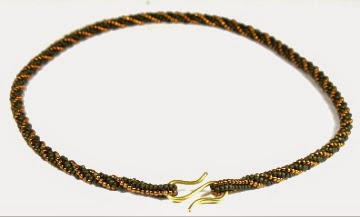 There are plenty of beaded ropes that would look perfectly lovely, so I put together some instructions for four different ropes all suitable for the pendant, as well as extra beads and a simple clasp. 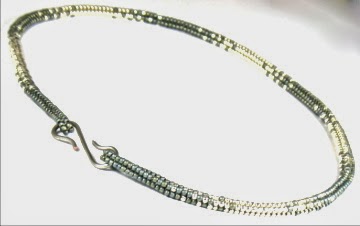 I think they thought it was a good idea too.

And even though I've had the beads for ages and stitched a couple of inches to verify the combination before I packed up the kit, I hadn't actually completed the sample for Cru: 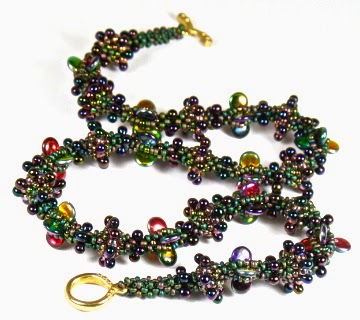 And this is a slow one: the whole necklace probably takes about six hours for me and I'm pretty fast because I kinda know what I'm doing here.

On the afternoon of the day before I was due to leave, I was about to print out the last of the instructions when I realized that they weren't quite finished. I had words words words and a few NEED  PICTURE HEREs and a bunch of words words words which needed editing editing editing so that certainly was an extra unneeded burden on my already-behind-and-overburdened preparations.

I needed to make another sample since that's how the pictures happen, which was just as well as I hadn't yet made one in this colour-way. Luckily the colours work together because the previous couple of combinations really just didn't. Or perhaps in my desperation I was less inclined to be picky.

I'm here though, in Milwaukee.

The drive up was easy and uneventful and I was exceedingly careful to keep my hands relaxed as the event that made me realize that something was seriously wrong with my hands was two two-hour car trips last September and the good news is that I had minimal discomfort and my hands this morning felt better than in months. I guess a day with no beading and no work really helps.

The hotel has a nice big fridge and a room which doesn't face the street and isn't next to the elevator or the ice machine (noisy places in a hotel) and this morning I had one of the best most high-pressure showers ever, so I'm basically complaint-free except for the fact that there's still stuff that needs doing but hey, isn't there always? 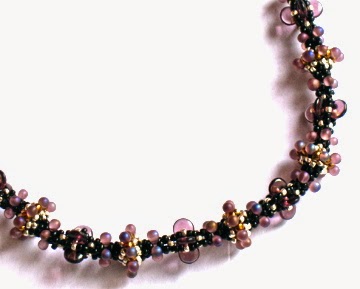 I don't need this sample to be complete by seven this evening, though it would be nice if it were because tomorrow I have to pack kits and find an office products store so I can buy an invoice book which I forgot to pack. 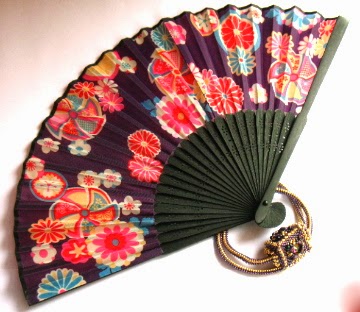