I'm on the next round of samples, this for Dangerous Buds. I have spikes in four colours but sign-ups are rather modest, so I might not make All Possible Samples. I'll see how I feel. 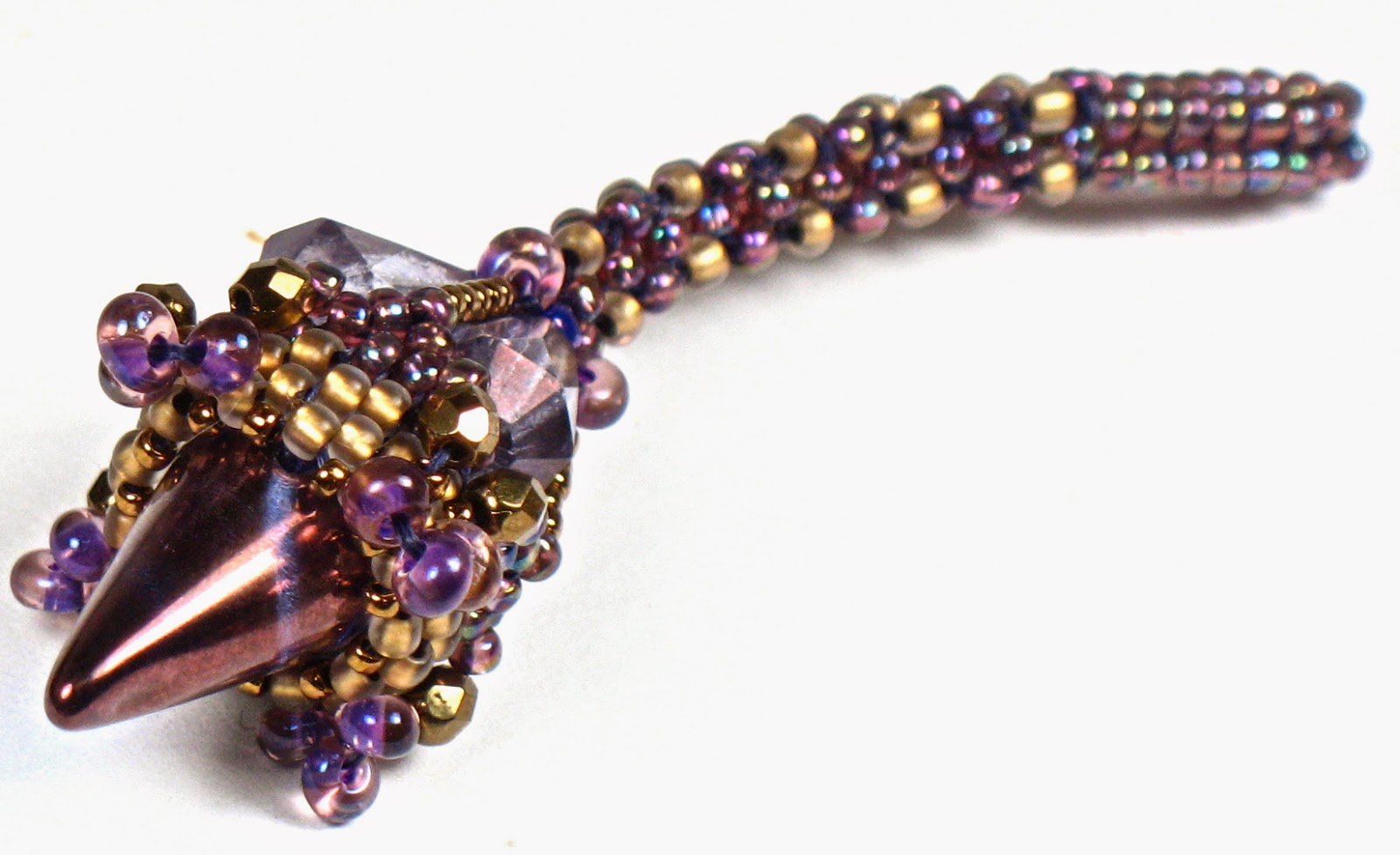 Because I finished the last of the Triangle Slide samples (second from the front). 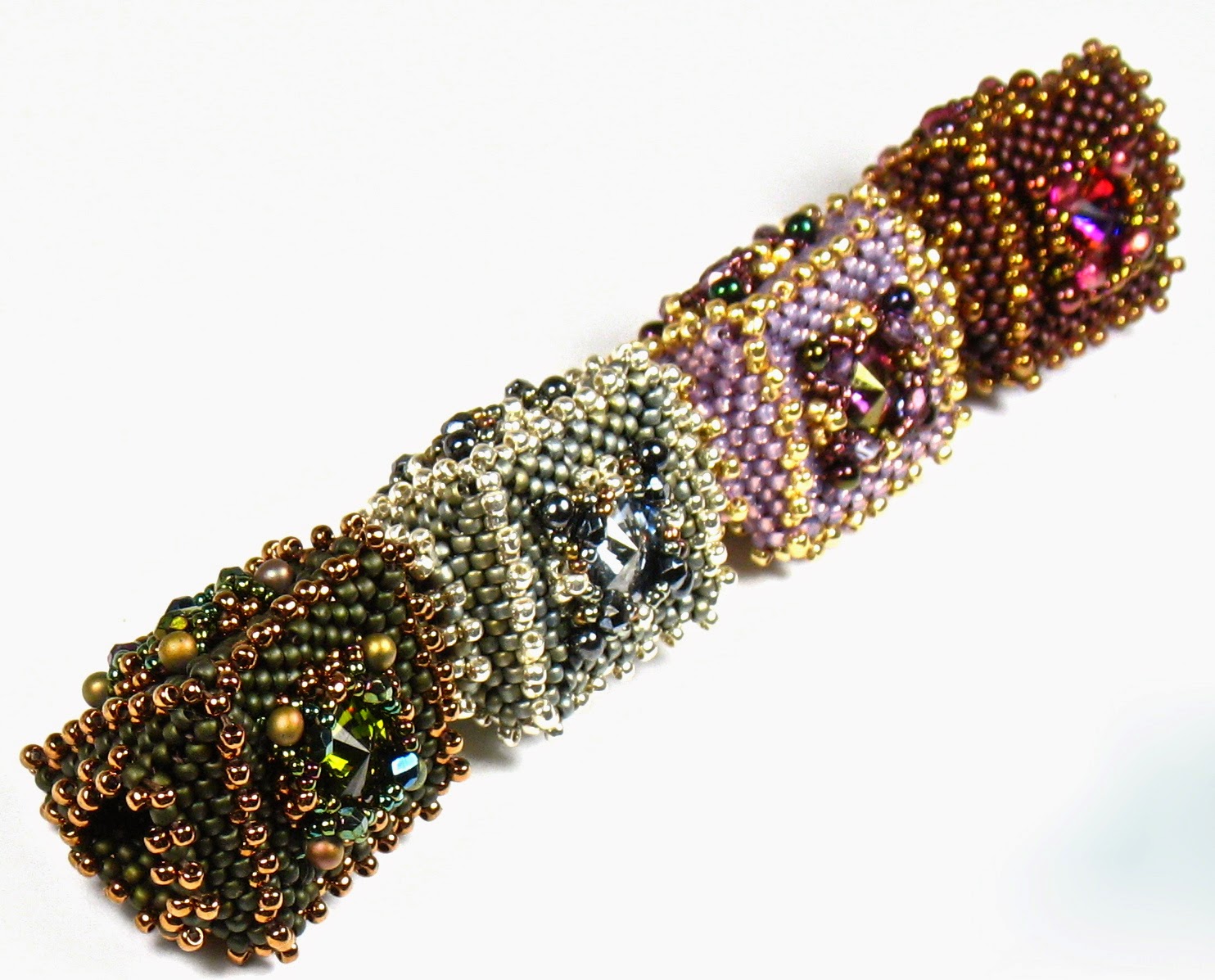 But the most exciting thing for me?

I finished a pair of socks, the first knitted something I've completed (or worked on for that matter) since last summer. 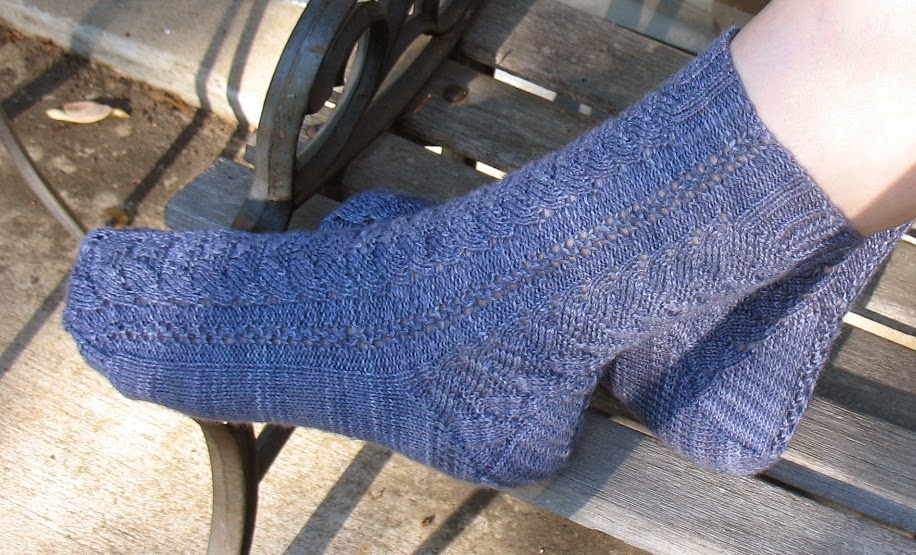 A month or so ago I decided to try no more than an hour a day, and that seemed to go well though it's hardly enough to make much progress on anything at all. Friday I knitted for two hours, and that seemed fine, so last night I gave in and knitted until these were done which took somewhere between three and four hours and that was less fine. (I had pain, dammit).

And now to finish off the other thing I was working on when I realized that yes indeed it hurt too much to knit (early September last year) and put it away for beaded kumihimo. That's not exactly true since it's not as though I preferred the kumihimo; it's simply been a stand-in for knitting since it's portable and I don't have to look at it constantly, so it works for watching movies or TV.
Posted by Charlene at 5/04/2014 06:39:00 PM