I cut up precursors to this twice, so even though it's small and took only a few hours, there was a LOT of stitching. 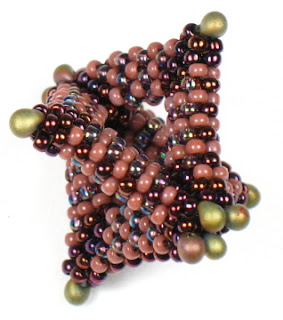 And apparently it got violent as there's a spot of blood on one of the fringe beads.

Even though I won't be teaching Kell at Bead&Button, I had already started buying beads for kits by the time it was cut, so what the hell, I may as well bring kits, and so I needed a sample, didn't I? 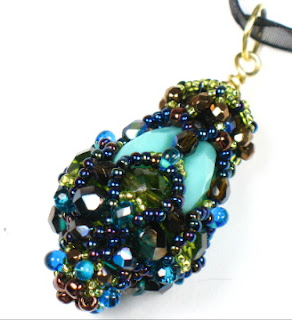 Just the one colour-way, unless I find some more spaghetti beads which is highly unlikely as they've disappeared off the face of the earth except in various shades of blue with which I am done already.

Mostly what I've been doing is kits for the classes. 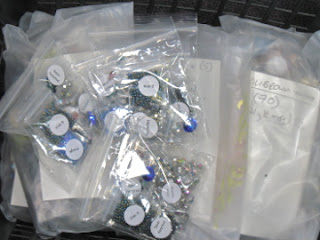